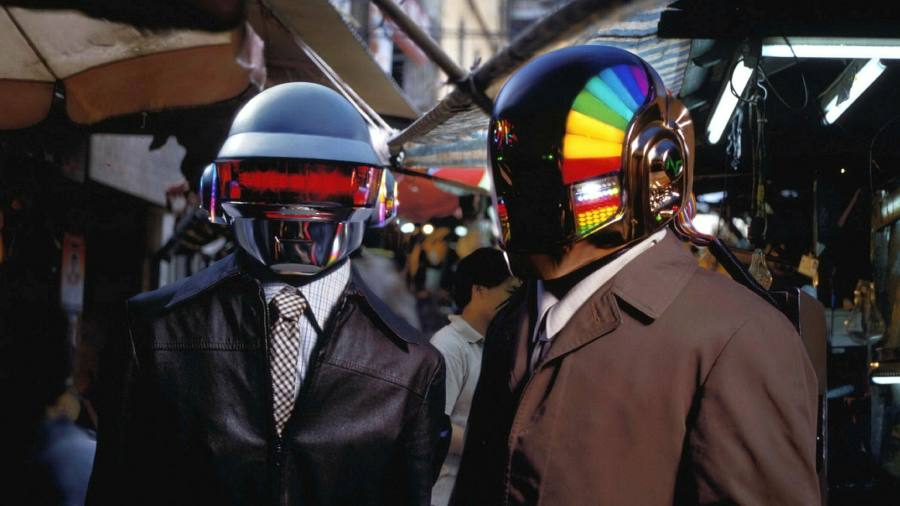 I wanted to write so much that “nothing in their career has become like leaving him”. Electronic music couple Daft Punk retired this week with a post that was, as usual, wordless, faceless and sumptuous. But their career has become quite enough for them, thank you. For three decades, Parisians have taken a problem – how to infuse synthetic sound with sentiment – and solved it to the rhythm of six Grammys and legions of sales. When Emmanuel Macron hosted Donald Trump for July 14, the army group assembled a mix of their hits.

Lasting success is quite rare. It was the retention of mystique that distinguished Daft Punk as precious beings in a talkative age. Headgear – first masks, then chrome helmets – meant their “public appearances” didn’t fit any of the words in that phrase. Nus, Thomas Bangalter and Guy-Manuel de Homem-Christo can take the metro undisturbed in their own city. (Imagine Adele on the Northern Line.) There is probably no one more famous who enjoys more privacy. Considering their lower stakhanovite output – nine years without a gig – silence was a risk. Their punishment: incomparable credibility.

Daft Punk showed the world the benefits of reluctance. The world is babbling despite everything. He’s there in the wordy smarm of corporate “engagement”, both with customers and staff. He is there in the debasement of the ruling class by pure availability. I have experienced the passage in Britain from cold politicians to merchants who I like with a talent studied for demotics. Tell me, has this disarmed the public or increased their mistrust? Have attitudes towards business softened or hardened since corporate public relations got so broad and thin in style? In both areas, the best we can dare is that things would have been worse without the offensive charm (how to say a word).

What Daft Punk understood, I think, is that a human brain chamber not only tolerates but actively promotes estrangement.

What Daft Punk understood, I think, is that a human brain chamber not only tolerates, but actively promotes estrangement. A distance measurement arouses both curiosity and resentment. This avoids the air of despair that is as emetic in a vote seeker or product salesperson as it is in a lover. It can even skew our estimate of the substance itself. With four studio albums in 28 years, one of which failed, would Daft Punk retreat to such praise (“The Most Influential Pop Musicians of the 21st Century”) if they had been accessible with a smile? Or were those who seemed the most royal the kings?

A group is not a business, but it is a business proposition. It is not a political party, but it has an image to maintain. For all public entities, Daft Punk, the best managed brand in pop, has been a lesson in the uses of remoteness.

America’s less trusted institutions – Congress, the news broadcasts and big business, Gallup says – are heard over and over again. The most reliable are the military (a closed box for most citizens) and small businesses (too poor to advertise on a large scale). I’m not suggesting that leaders or politicians emulate Homem-Christo, a man who communicates largely through pouting. But I wonder what there is to show for Uriah Heep’s strategy. The feeling of your pain, the flattery of stakeholders: ingratiation was the path of public and private elites at the exact time when their confidence plummeted. With exquisite circularity, the answer to cynicism is to try all the more to “connect”. It is a double madness. What they lose in greatness they do not make up for out of affection.

No act of their magnitude and longevity has so well avoided contempt for familiarity.

To these exterior modernists, the Daft Punk were at least two men from the past. One was their zeal for early music, shunned. (For the destigmatization of disco, the Bee Gees owe them part of their restored reputation.) The other was their rejection of the connectivity of modern life. Just as humans have acquired the means to be in constant contact with one another, the group has chosen withdrawal. No act of their magnitude and longevity has so well avoided contempt for familiarity. Achieving this in a time of disclosure and ubiquity is a technical feat as much as a moral choice. By not seeking to be worshiped, they were. The reverse trick is on display all around us.

Listen to our podcast, Call for culture, where FT editors and special guests discuss life and art during the coronavirus era. Subscribe on Apple, Spotify, or wherever you listen