Biden under pressure for tougher action against Saudi crown prince 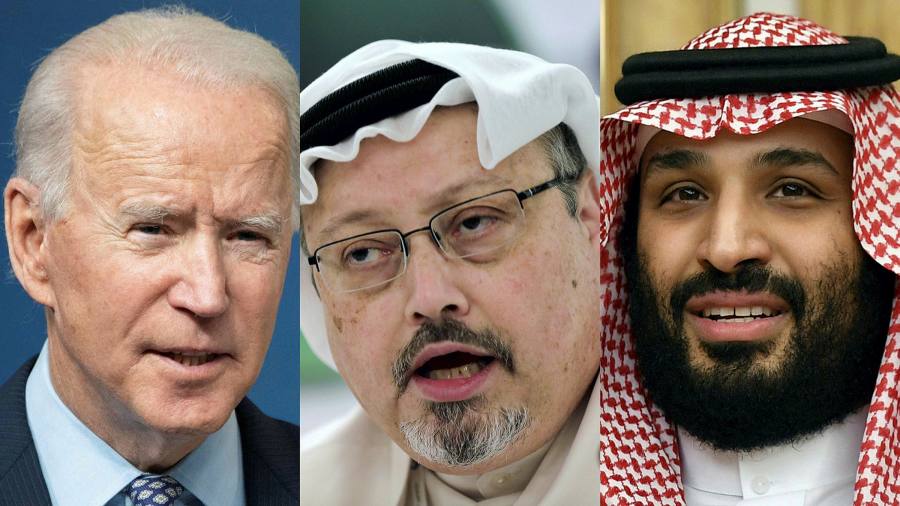 The Biden administration defended itself Sunday against criticism that it failed to punish Saudi Crown Prince Mohammed bin Salman for his role in the murder of Jamal Khashoggi, as allies of the president left the door open to new actions.

Jen Psaki, White House press secretary, said the United States wanted to “recalibrate” its relationship with Saudi Arabia, but not destroy it by imposing sanctions directly on Prince Mohammed after US intelligence report found he approved an operation to “capture or kill” the veteran journalist in Turkey in 2018.

“Even in the recent history of Democratic and Republican administrations, there have been no sanctions in place for foreign leaders or governments where we have diplomatic relations – and even where we do not have relations. diplomatic, ”Psaki told CNN.

“We believe there are more effective ways to ensure that this does not happen again and also to be able to leave room to work with the Saudis in areas where there is mutual agreement where there is a national interest. for the United States. “

Antony Blinken, the United States Secretary of State, announced last week a visa ban on 76 Saudi nationals suspected of having been implicated in the threat of dissidents abroad in the continuation of the intelligence report. This report concluded that the Saudi crown prince had approved an operation in Turkey to “capture or kill” Khashoggi, a veteran journalist.

But the administration’s decision not to individually sanction Prince Mohammed has caused consternation among human rights activists and some Democrats in Congress.

Bob Menendez, the Democratic chairman of the Senate External Relations Committee, said on Friday he wanted the White House to consider personal sanctions against the crown prince.

Andy Kim, Democratic member of the House of Representatives Committee on External Relations and former head of national security, tweeted on the weekend: “The lack of action against the crown prince sends a clear message across the world that those at the top can escape the consequences.”

These criticisms echo complaints from human rights groups and journalists, many of whom have also called for Prince Mohammed to be personally sanctioned. The Society of Professional Journalists said on Friday it was “outraged” that no one has yet been held responsible for Khashoggi’s death, adding: “We will continue to press for justice for Khashoggi.

Biden is expected to make an announcement on the future of the US-Saudi relationship on Monday, although officials said over the weekend he was unlikely to announce any new sanctions immediately.

Prince Mohammed is not the Saudi head of state, but its day-to-day leader.

Chris Coons, one of Biden’s closest allies in the Senate, defended the president but also hinted that further action would be taken.

“We are not yet finished recalibrating the relationship between the United States and the Saudi Kingdom, and I respect the way President Biden has elevated human rights.”