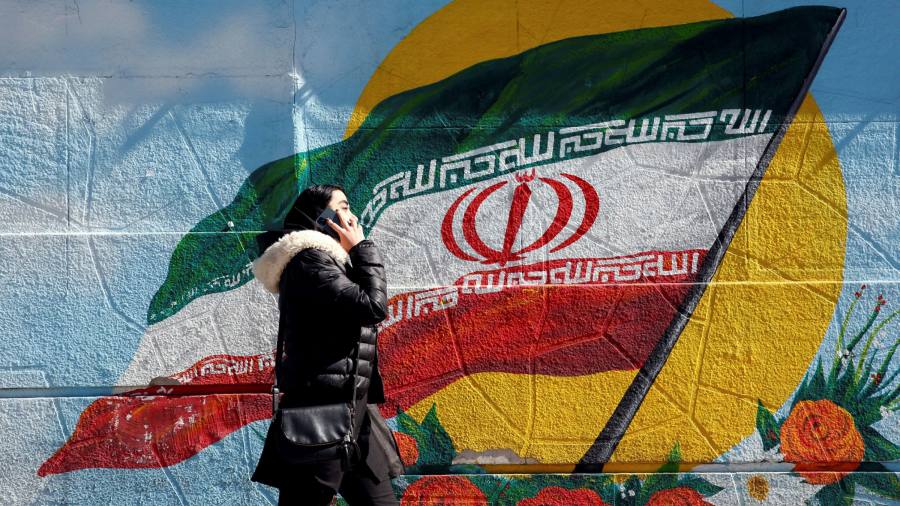 Iran rejected a European invitation to participate in direct talks with the United States on a return to the nuclear deal that Donald Trump abandoned in 2018, but said it would continue “consultations” by others canals.

The decision is a blow to the Biden administration, who had said he would participate in talks with Tehran under EU auspices with the aim of reviving the multi-party agreement. This pact imposed limits on Iran’s nuclear program in exchange for sanctions relief.

Washington and Tehran are not respecting the 2015 agreement and have asked the other to take the first step to return to its full respect.

Iranian Foreign Ministry spokesman Saeed Khatibzadeh said on Sunday that the time was not “appropriate” for such a meeting because “there is still no change in the position and behavior of states. -United”.

The White House said it was disappointed but “ready to re-engage in meaningful diplomacy to achieve a mutual return to respect for [the deal’s] commitments. “

“We will consult with our P5 + 1 partners on the best way forward,” said a spokesperson, referring to the six other signatories to the agreement.

The rejection underscores how difficult it is to agree on the steps needed from both sides to orchestrate a return to the deal. U.S. officials blamed years of mistrust built up under the Trump administration.

The Trump administration’s “maximum pressure” campaign has imposed a series of financial sanctions that have hurt Iran’s economy at a time when it struggles to respond to the coronavirus pandemic.

“The causes of this impasse are not serious but the consequences can be serious,” said a senior US official, adding that while the sequencing issues are resolved, waiting too long could mean Iran is not yet complying. the agreement.

Western officials fear that Tehran, which began escalating non-compliance in 2019 in retaliation for the US withdrawal, has accelerated steps to expand its nuclear program this year.

“The path is very clear. The United States should end its illegal and unilateral sanctions, ”Khatibzadeh said in a statement, accusing the Biden administration of“ not abandoning ”the maximum pressure policy of its predecessor. He added, however, that the Islamic Republic would continue its “consultations” with other signatories to the nuclear deal and the EU.

Along with the United States and three European signatories (United Kingdom, France and Germany), China and Russia are also signatories to the agreement with Iran. Washington had already held talks with Beijing and Moscow with the aim of developing a common position.

But while the Biden administration has taken some minimal steps meant to show goodwill, it does not want to offer significant incentives up front for Iran to return to the deal.

“This chicken game is going to have to be fixed,” said a congressional aide.

“We don’t think we should need to make a move to bring Iran back to the table,” the senior US official said. But the official framed the rejection as part of a “diplomatic dance,” adding, “We don’t consider the door closed.”

An EU diplomat expressed deep disappointment at Iran’s decision to reject the talks. “I think it is very serious,” said the diplomat.

Iran’s rejection was first reported by the Wall Street Journal.

Besides Tehran’s call for the United States to drop sanctions, he said he would be open to other measures as well. Iran called on South Korea, Japan and other countries to return frozen Iranian assets. While such transactions are not subject to US sanctions, people familiar with the matter said the return of the funds would be subject to a “comfort letter” from the sanctions division of the US Treasury, which has yet to been communicated.

Iran’s rejection also comes following Biden’s decision to launch last week Air strikes targeting two groups of Shiite militias in Syria. Supporters of the decision hailed it as a signal to Iran, which has ties to such groups, that Washington would take a tough stance against Tehran’s proxies in the region.

US defense officials said “up to a handful” of people were reportedly killed in the attack.

Officials in Washington have sought to distance Iran’s rejection of nuclear talks of any reaction to the airstrike. Tehran condemned the airstrikes, saying they could further destabilize the region.

Iran’s top security official Ali Shamkhani said over the weekend that the United States was seeking to “start a new wave of organized terrorism in the region” and vowed that the Islamic Republic “would not allow that it happens again ”. Iran has repeatedly accused Washington of helping radical Sunni groups – like Isis – to put pressure on Shia-dominated Iran.