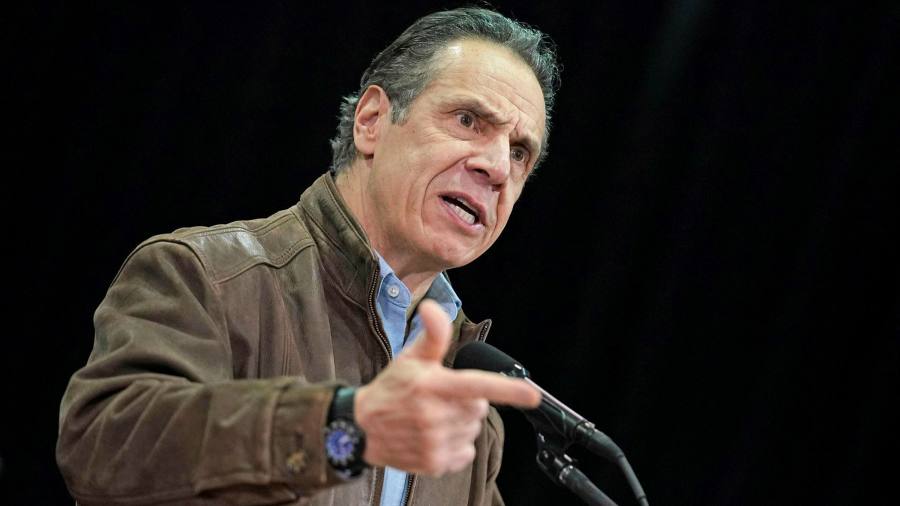 Growing scandals hitting Governor Andrew Cuomo heighten anxiety among business leaders over New York’s political climate at a time when the city and the state face a generational challenge to recover from Coronavirus pandemic.

Cuomo, a Democrat and avowed centrist serving his third term, has been popular among business leaders both as a prolific builder of major infrastructure projects and as a bulwark against the rising progressive wing of the party, frustrating their efforts to increase social spending and raise taxes for the rich. .

“The business community has relied on Cuomo’s essential pragmatism over the years,” said Kathryn Wylde, president of the Partnership for New York City, a group of business leaders and citizens. “They leaned on the governor to keep crazy things from happening.”

But Cuomo’s reputation is rapidly declining. After gaining national fame last year for his leadership during the height of the pandemic, his administration now faces contempt for its decision to refer elderly patients treated for Covid to nursing homes. At the time, Cuomo was desperate to free up space in hospitals to handle an increasing workload.

The administration has compounded the problem by underestimating the number of deaths in nursing homes by up to 50%, according to a report by the state attorney general, and then barring state lawmakers from asking for more. information.

Meanwhile, two former collaborators have, in recent days, publicly accused Cuomo of sexual harassment. The first, Lindsey Boylan, posted an online essay last week in which she claimed the governor kissed her on the lips and invited her to play strip poker. The governor denied this.

One of the reasons Cuomo is under attack from the left is because he is strongly opposed to the millionaire tax.

Boylan’s claims were substantiated on Saturday night when the New York Times published the accusations of a second woman, Charlotte Bennett, 25, claiming the governor had inquired about her love life and asked her if she had had sex with older men.

Cuomo again denied any impropriety and said he was “very sorry” if any of his behaviors were misinterpreted. After some scrambling, he consented to an investigation by an outside lawyer appointed by the state attorney general.

“To be clear, I have never touched anyone inappropriately and never made an offer to anyone and I never intended to make anyone uncomfortable, but this are allegations that New Yorkers deserve answers, ”Cuomo said in a statement Sunday night.

A governor who was once considered a candidate for a fourth term now faces political peril. “He’s got real problems,” said one civic leader, wondering if Cuomo would even manage to complete his term.

In a sign of both the gravity of the situation and the governor’s national profile, White House spokesman Jen Psaki addressed the issue on Sunday, telling CNN: ‘There should be an independent review of these allegations, and that’s certainly something he supports, and we think we need to move forward as quickly as possible. ”

While New York Republicans have predictably jumped at the vulnerability of an overbearing governor, some of Cuomo’s more venomous critics have been members of his own party.

In addition to considerable personal animosities and rivalries, many have also clashed with Cuomo in recent years over what they complained to be overly austere budgets and other political disagreements.


Number of jobs Amazon planned to create in New York

“One of the reasons Cuomo is under attack from the left is because he’s firmly opposed to the millionaire tax,” said Hank Sheinkopf, a veteran New York political strategist.

The growing strength of the progressive wing of the party was apparent two years ago when – to Cuomo’s fury – they thwarted AmazonPlans to build a second head office in Queens which would have provided 25,000 well-paying jobs. Opponents, including Rep. Alexandria Ocasio Cortez, claimed it would worsen gentrification and overwhelm the neighborhood.

Democrats now control both houses of the state legislature, giving them the power to override the governor’s veto. Many are determined to raise income taxes and impose a pied a terre tax – moves businesses fear would spur more businesses and wealthy residents to join a flight to Florida and other low-tax states at a time the city is already in shock.

“Our main concern is the recovery of the city and the fact that we have to try to get people back to the office and resuscitate the half a million jobs that have been lost,” said Wylde. “And the legislator, thanks to the work of far-left activists, is focusing exclusively on taxes which respond, they think, to some of their tax problems but are really counterproductive for the economic recovery.

She added: “There is a sense of political instability, which businesses hate.”

Even before Cuomo’s troubles, the business community was poised to watch a New York City mayoral race that promises to be the biggest in a generation. The city lost more than 500,000 jobs during the pandemic and faces a budget deficit of $ 4 billion for the coming fiscal year.

The current mayor, Bill de Blasio, a progressive who wove “a story of two New Yorks” when he was first elected, is vilified by the business class as an ideologue with poor management skills. In private conversations, several said the city could not afford another mayor in the mold of De Blasio, whose second term ends this year.

“What I really want is someone who’s less ideologically driven and more focused on solving the problems we have in a practical way. Someone who doesn’t divide, ”said one of New York’s top developers.

The most business-savvy candidates – Ray McGuire, a former Citibank executive, and Shaun Donovan, a former federal housing official close to Michael Bloomberg – are seen by far.

Meanwhile, recent polls have shown strong support for Andrew Yang, which made a name for itself last year with an exterior bid for the White House. This has confused some business leaders, who want an accomplished manager and see Yang as an unproven commodity.

In the meantime, however, business leaders appear to be focused on Cuomo’s plight and the considerable void he would leave behind if forced to step down.