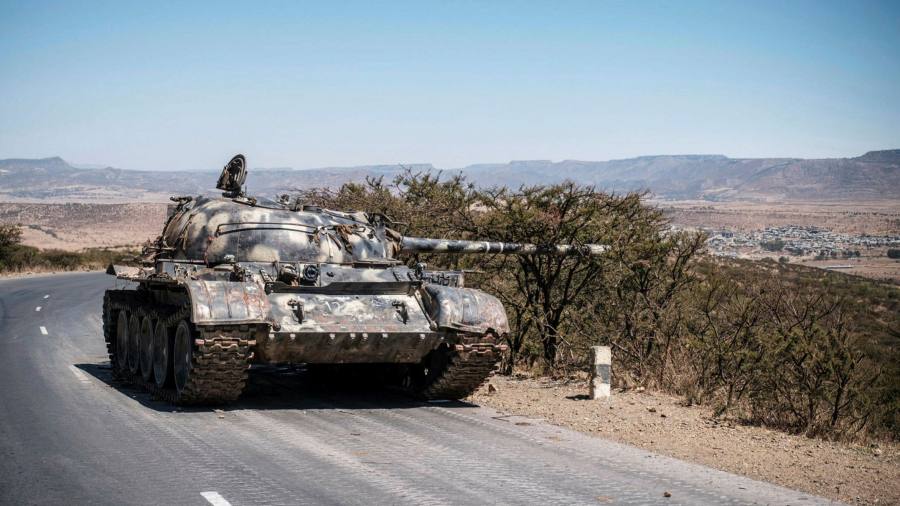 Two people working as translators for foreign media in Ethiopia’s Tigray region – including one hired by the Financial Times – have been arrested, the regional government said.

The arrests came shortly after the federal government allowed foreign journalists to travel to Tigray in northern Ethiopia. The area had been off-limits to most foreign media since November, when federal forces mounted what they called “a law enforcement operationAgainst the then government led by the Tigray People’s Liberation Front.

Federal forces ousted the TPLF but low-level fighting continued and reports of civilians massacres sunk despite a virtual news outage.

Fitsum Berhane, who had been translating for the AFP news agency for three days, and Alula Akalu Kassa, who worked for the Financial Times, were arrested by men in uniform on Saturday in Mekelle, the capital of Tigray, according to relatives. Fitsum was picked up from his home and Alula several hours later from a restaurant where he had eaten with friends, those relatives said.

A senior official in the interim Tigray government, who was appointed by Addis Ababa in November, confirmed that the two men working as translators had been arrested. “They are under investigation,” he said, without giving details of their alleged crimes.

In a statement, the FT said: “We are taking all possible measures to secure the release of translators Alula Akalu and Fitsum Berhane, who were arrested while working for the FT and AFP respectively during a trip. government-authorized press station in Mekelle, Ethiopia. Our concerns have been raised with the relevant authorities as we work to understand the reasons for the arrests. “

AFP’s chief information officer Phil Chetwynd said: “We have not been made aware of any specific charges against Fitsum Berhane. His collaboration with a media should not be a reason for his arrest and we call for his immediate release.

Aid organizations have called for better access to Tigray where, they say, hundreds of thousands of people have been moved, some facing severe hunger. Thousands of refugees have fled to neighboring Sudan.

In the hardest declaration From the United States again, Antony Blinken, US secretary of state, said Sunday that Washington was “gravely concerned about the atrocities reported and the general deterioration of the situation” in Tigray.