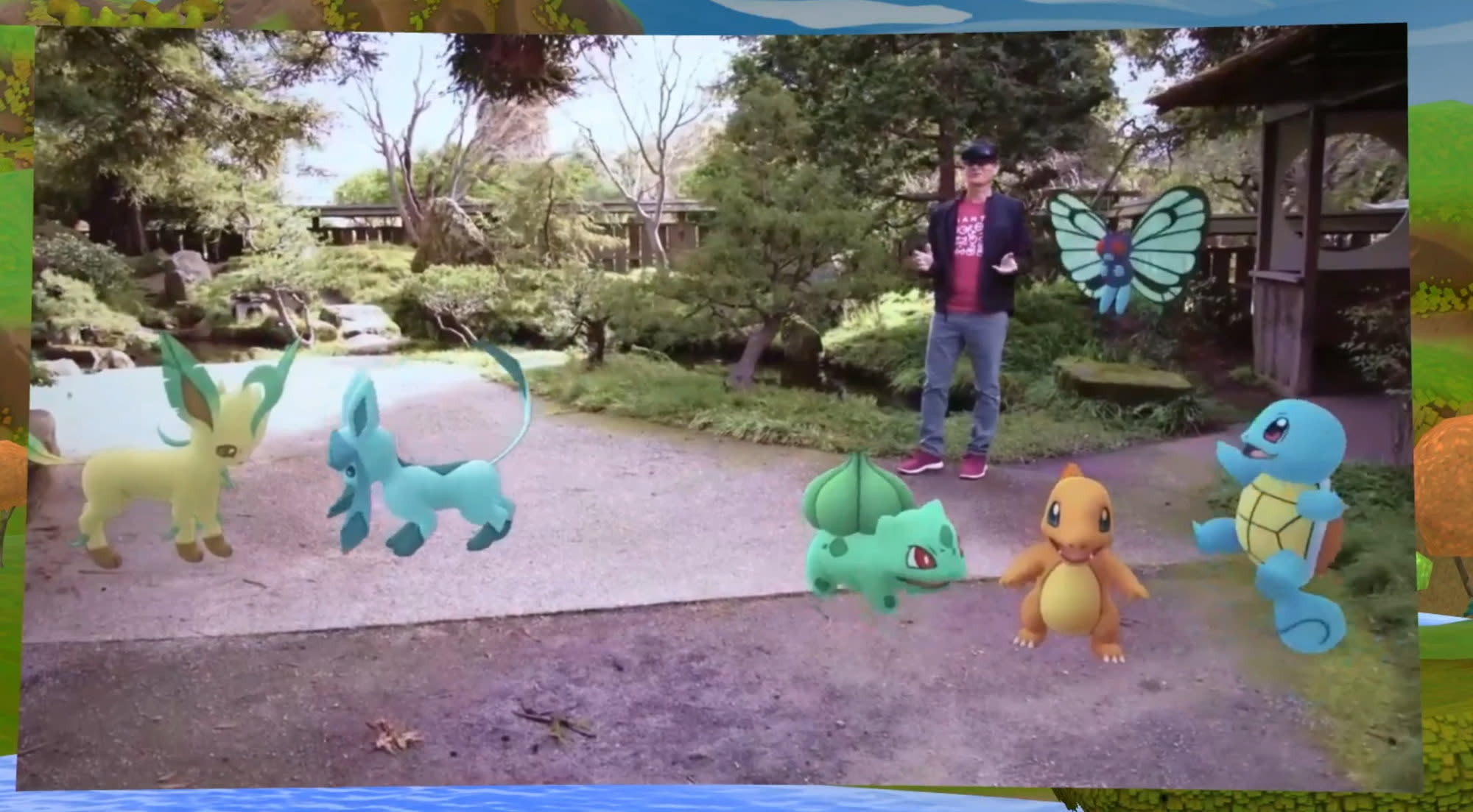 What if you could play Pokemon go without holding a phone? What if you could fight alongside your friends no matter where they are in the world? This is something we got a taste of from the Microsoft Ignite conference today, when Niantic CEO John Hanke gave a demo of what the game could look like on the HoloLens 2 AR headset. But getting to this device wasn’t the only jump – the demo was also powered by Microsoft’s Mesh platform, an easy way for developers to create their own collaborative virtual spaces. Instead of being just a solution for remote business meetings, the Pokemon go The demo shows us how Mesh could also reshape the way we socialize and play at a distance.

The demo was just a proof of concept, not something that actually worked on HoloLens 2, but it’s a sign of what’s to come. While wearing the helmet, Hanke strolled through a park and encountered a wild Pikachu. He opened his palm – usually where HoloLens apps place their menus – highlighted a strawberry and fed it. While walking around, he could see other wild Pokémon walking around. The demo ended as he met a colleague, who challenged him to fight. Even if this was a rough demo, it would have been nice to take a closer look at what an actual fight would look like.