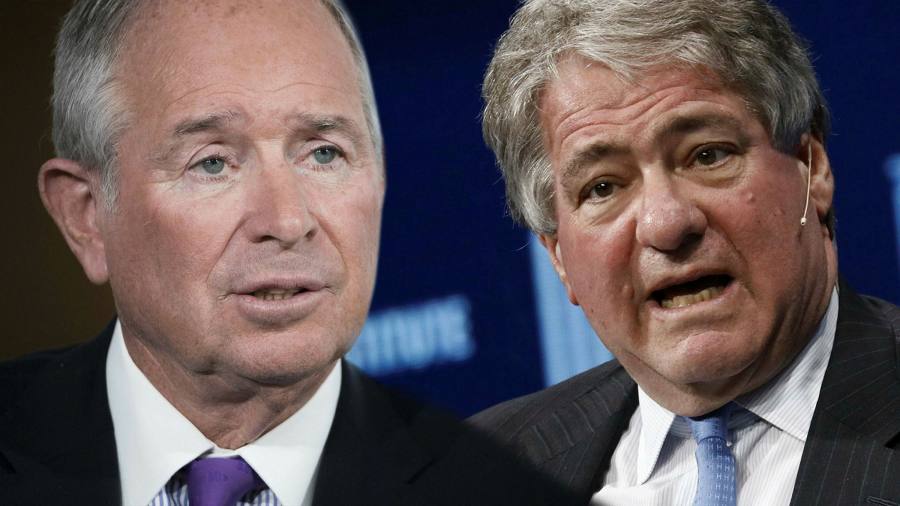 Private equity executives who are among the richest men on Wall Street received hundreds of millions of dollars in payments even as the US economy weakened last year, helped by central bank stimulus which erased the investment losses recorded at the start of the pandemic.

Blackstone founder Stephen Schwarzman received at least $ 615 million, most of it in dividends. That’s a fifth more than he earned the year before, as high investment returns and paying capital inflows boosted profits at the world’s largest private equity firm.

At Apollo Global Management, Leon Black won at least $ 225 million – slightly more than the amount he pledged to donate to causes that “protect and empower women” after revelations of his professional ties to the late sex offender Jeffrey Epstein.

Senior executives of private equity firms typically receive modest salaries by public company standards. But many of them are also entitled to receive “carried interest”, which gives them a share of the profits on successful investments. And some are large shareholders, which means they receive large dividends.

This arrangement has proved particularly lucrative for aging company founders, who retain outsized stakes even as a new generation of executives begins to take center stage.


the total payment in 2020 to Blackstone founder Stephen Schwarzman

The one-off payments contrast with the staggering paper losses the private equity sector suffered at the start of the pandemic, as businesses were forced to shut down, unemployment hit record highs and credit markets seized up in the wake of the pandemic. forecast of a wave of business bankruptcies.

As the markets fell at the end of March last year, Apollo calculated that its partners and employees would have had to return $ 390 million in performance-related compensation had its portfolio been liquidated on pandemic assessments.

This prospect dissipated in a matter of weeks, as the Federal Reserve announced an unprecedented monetary stimulus package. At the end of 2020, shares of Blackstone, Apollo and KKR nearly doubled from their March lows.

One of the main proponents of aggressive action by the Fed has been Marc Rowan, the co-founder of Apollo who is due to succeed Black as CEO this year.

In correspondence with President Donald Trump’s son-in-law Jared Kushner, he called for an expansion in purchases of securitized debt by the Fed, which pushed up the price of assets similar to those owned or managed by Apollo and his peers.

Jonathan Gray, black stoneThe chief operating officer and president of the company won $ 93 million in dividends last year, in addition to $ 86 million in cash profits and a stock award of $ 37 million.

Blackstone said executive compensation is “directly linked to the performance of investors and shareholders. Our investment performance is driven by the wise deployment of capital in the right sectors and by providing services to our clients over the long term. “