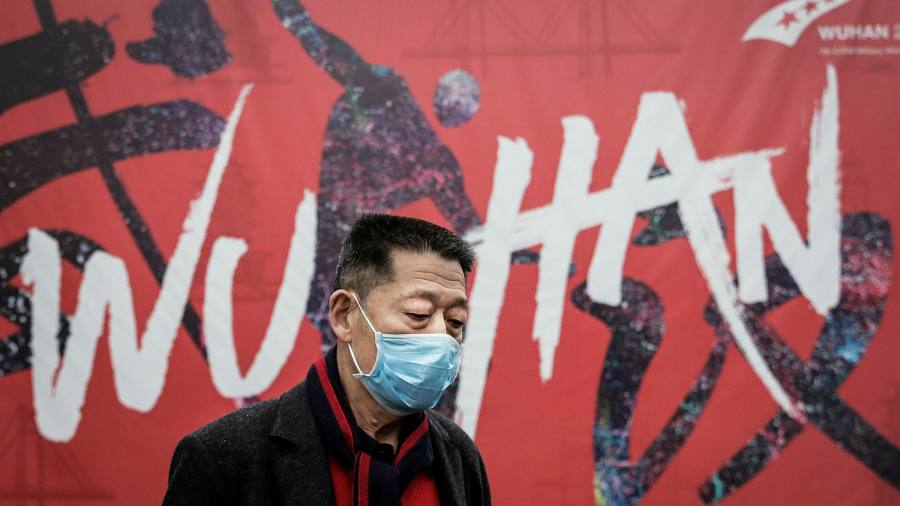 World Health Organization investigators downplayed a Chinese theory that the coronavirus was brought to Wuhan via frozen food, highlighting the charged geopolitics surrounding the roots of Covid-19.

Vladimir Dedkov of the Institut Pasteur in St. Petersburg, Russia, and Fabian Leendertz, an emerging disease specialist at the German Robert Koch Institute, both told the Financial Times that it was extremely unlikely that the first cases of Sars -Cov-2 identified in Wuhan in 2019 entered the city with frozen or chilled products.

Both were part of the WHO team that traveled to Wuhan in January to investigate the origins of the pandemic. But at the press conference that concluded the visit last month, the WHO did not rule out the theory, which was heavily pushed by the Chinese government and state media.

“We know that the virus can persist and survive in conditions that are found in these cold, frozen environments, but we don’t really know if the virus can then be transmitted to humans,” said Peter Ben Embarek, head of investigation. at the time.

Back on the pitch in Russia, however, Dedkov was more definitive. He said frozen food samples from the Huanan Seafood Market in Wuhan, which had tested positive for Sars-Cov-2, were likely contaminated with humans rather than the other way around.

“It is very difficult to imagine a situation where all of this [contaminated] the food came to a market in China, and not the biggest one, from different countries and it all started from there, ”Dedkov said. “We don’t take it out of consideration, but we think it’s highly unlikely given the facts we know today.”

Leendertz in Germany told the FT in a separate interview that while transmission of Covid-19 via frozen food is theoretically possible, the role of transport in the cold chain was not the most important issue.

“If you are carrying a fresh or frozen virus, the virus is not born out of a piece of plastic. It is a question of where the virus came from before that. The cold chain is never the source, ”he said.

Embarek also told the journal Science that frozen foods “were not a possible route of entry.”

“There has not been a generalized epidemic of Covid-19 in food factories around the world,” he added.

The WHO briefing in February failed to clarify the mission’s findings on a number of important and politically tense questions about the origins of the pandemic. The confusion that resulted from the press conference, in which Embarek also said “extremely unlikely” that the virus leaked from a laboratory, has drawn international criticism.

Jake Sullivan, US national security adviser, told White House had “deep concerns” how the findings were communicated and how the mission was conducted. Tedros Adhanom Ghebreyesus, Director General of WHO, later clarified that “all hypotheses remain open and require further analysis and studies”.

Chinese scientists and state media have remained good supporters of frozen food theory, both to explain the Wuhan-origin infections and small outbreaks across the country and to try to protect China’s reputation.

At the same time, the Chinese authorities have stepped up their efforts to filter imported goods from the cold chain lest food or its packaging cause epidemics.

WHO and most Western governments have remained skeptical of science behind China’s claims. The US Department of Agriculture said contamination of food and packaging was an “extremely rare occurrence.”

In December, Chinese scientists in the eastern port city of Qingdao published an article detailing how they isolated Sars-Cov-2 from the outer packaging of imported frozen cod.

In the same month, a second Chinese article analyzed a epidemic in Beijing focused on Xinfadi wholesale market. The study found that many infected individuals came from a section of the market selling imported salmon, where six of 3,582 fish samples tested positive for Sars-Cov-2.

“We believe that the resurgence of Covid-19 in Beijing was probably initiated by environmental transmission to humans from contaminated imported food via cold chain logistics,” the authors concluded.

The WHO is expected to release a full report this month on its findings in Wuhan. Team members said immediate research should focus on the main theory that the virus jumped from an animal, probably a bat, to a second intermediate host before spreading to humans.

The international health body also warned that attempts to influence or politicize research into the origins of the virus, such as preventative efforts to exclude particular geographic regions, threatened to undermine science.

Leendertz, the German emerging diseases specialist, said the investigation should not be “influenced by the American press pushing it into China” or by attempts to point the finger at Beijing.

Besides knowing that the virus’s closest known relatives have been found in horseshoe bats in southwest China and Cambodia, he said: “We have no idea where it came from. geographical for the moment ”.