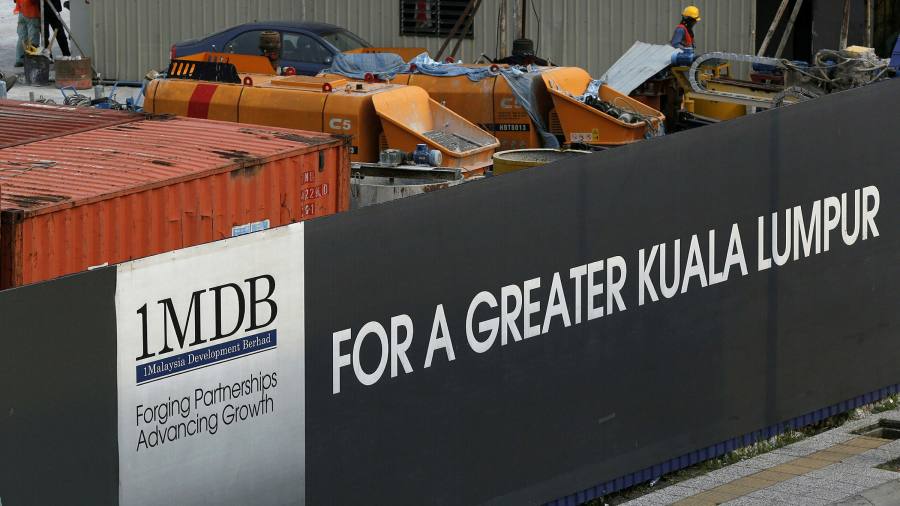 Deloitte has reached an $ 80 million deal with Malaysia for its auditor role at 1Malaysia Development Berhad, the state investment fund at the center of a multibillion-dollar embezzlement scandal.

The Malaysian government said on Wednesday that the settlement would resolve all claims relating to Deloitte’s fiduciary duty during the audit of the accounts of 1MDB and its former subsidiary SRC International between 2011 and 2014.

The deal comes as the government tries to recoup losses suffered in the scandal linked to the fund, which was set up to speed up the country’s economic development but which US and Malaysian officials say have been plundered.

Malaysia’s finance ministry said the Deloitte settlement was the most important one tied to 1MDB by an audit firm in Southeast Asia, adding that it would “expedite the payment of monies to meet 1MDB’s outstanding obligations and SRC, which would otherwise be delayed by legal battles ”.

Deloitte was 1MDB’s third auditor before resigning in 2016. He followed EY, whose contract was terminated before the fund submitted its first financial statement, and KPMG which in turn was dropped on New Years Eve 2013 .

Malaysian regulators in 2019 fined from Deloitte RM 2.2 million ($ 535,000 at the time) for allegedly failing to report irregularities as an auditor of companies linked to 1MDB.

Deloitte did not immediately respond to a request for comment.

The settlement comes after Malaysian lender AmBank reached a RM2.83 billion settlement with the government last week. The bank was embroiled in scandal after Najib Razak, former Prime Minister of Malaysia and founder of 1MDB, was accused of receiving illicit transfers from SRC International into his personal accounts at the bank.

Najib was sentenced to 12 years in prison after a lawsuit related to these transfers and faces three more lawsuits involving 1MDB and other government entities. Last July, Goldman Sachs reached a $ 3.9 billion settlement with Malaysia for its role in arranging three bond sales for 1MDB in 2012 and 2013.

The Deloitte settlement comes as the Big Four Accountants – which also include PwC, KPMG and EY – have come under regulatory scrutiny after a series of corporate collapses and accounting scandals that have raised questions about the quality of their audits. UK accounting watchdog in November fined from Deloitte due to failures in its audit work for Johnston Press, months after the company was ordered to pay a record £ 15million for gross misconduct in its audits of tech group FTSE 100 Autonomy .