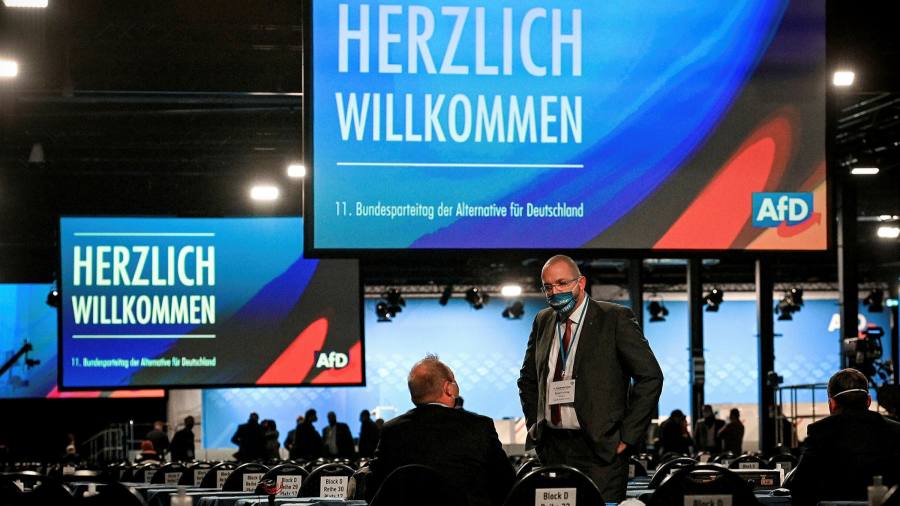 The German internal intelligence agency has decided to appoint the Alternative for Germany as a suspected far-right organization and will begin to formally spy on the party, to an extent that could seriously jeopardize its chances in the September Bundestag elections.

The Bundesamt für Verfassungsschutz (BfV) ruling means the agency’s spies can start exploiting the phones of AfD officials and monitoring its activities, putting it on a par with extremist groups long regarded as a threat to German democracy.

However, due to an ongoing legal dispute with the AfD, the BfV is not allowed to publicly announce this decision. “In view of the ongoing proceedings and out of respect for the court, the BfV will not comment publicly on this case,” a spokesperson said on Wednesday.

The AfD started life in 2013 as a Eurosceptic party opposed to the EU bailout of Greece, but quickly moved to the right. Her increasingly strident anti-immigration message strongly drew angry voters over Angela Merkel’s decision to keep Germany’s borders open during the 2015-16 migration crisis – a move that led to the influx of over one million refugees.

It has become the largest opposition party in the Bundestag and is now represented in the 16 regional parliaments of Germany. These last months its polls have dropped, however, as the coronavirus pandemic strengthens the reputation of government parties.

The intelligence agency’s decision to subject the AfD to closer scrutiny could seriously undermine its credibility with conservative voters, especially officials fearing the professional implications of supporting a party seen by authorities as disloyal to it. ‘German state.

The BfV has long formally monitored certain regional branches of the AfD, such as those in Saxony and Brandenburg, but decided to put the entire party under observation on the basis of a 1,000-page report from its lawyers and experts in extremism. They combed through thousands of speeches and statements by AfD officials and uncovered multiple alleged violations of Germany’s democratic constitution.

German media have been reporting for weeks that the BfV wanted to name the entire AfD as a suspected extremist organization, but the party has challenged the proposed decision in court, arguing that it undermines its position in the parliamentary elections.

As proceedings in the case continue, the BfV has agreed to limit its monitoring activities to core AfD members, and will not monitor MPs who sit for the AfD in national legislatures for the time being. and regional and European Parliament, or its candidates for Bundestag elections.

Nevertheless, the AfD reacted with fury to the decision of the BfV, Tino Chrupalla, the president of the party, calling it “scandalous”. “Although the agency is not authorized to make its designation [of the AfD as a suspected extremist organisation] public, it divulges information to the media in order to influence democratic competition between the parties – to the detriment of the AfD.

The BfV decision is a blow to AfD leader Jörg Meuthen, a relative moderate who has tried to shed his image as a radical right-wing movement and position it instead as a traditional conservative party.

Meuthen was for months engaged in a bitter power struggle with The wing, an influential ethno-nationalist group within the AfD which was placed under formal observation by the BfV in January 2019. It seemed to have won the battle last year when The Wing disbanded.

But Thomas Haldenwang, head of the BfV, told German regional interior ministers last December that The Wing remained extremely influential within the AfD, despite its formal disbandment. At the party conference last year, nearly half of the delegates had ties to The Wing.

German authorities have long been concerned about close ties between AfD politicians and far-right groups such as the Identity Movement, a white supremacist and anti-Islam organization that is also under the surveillance of German intelligence services. .