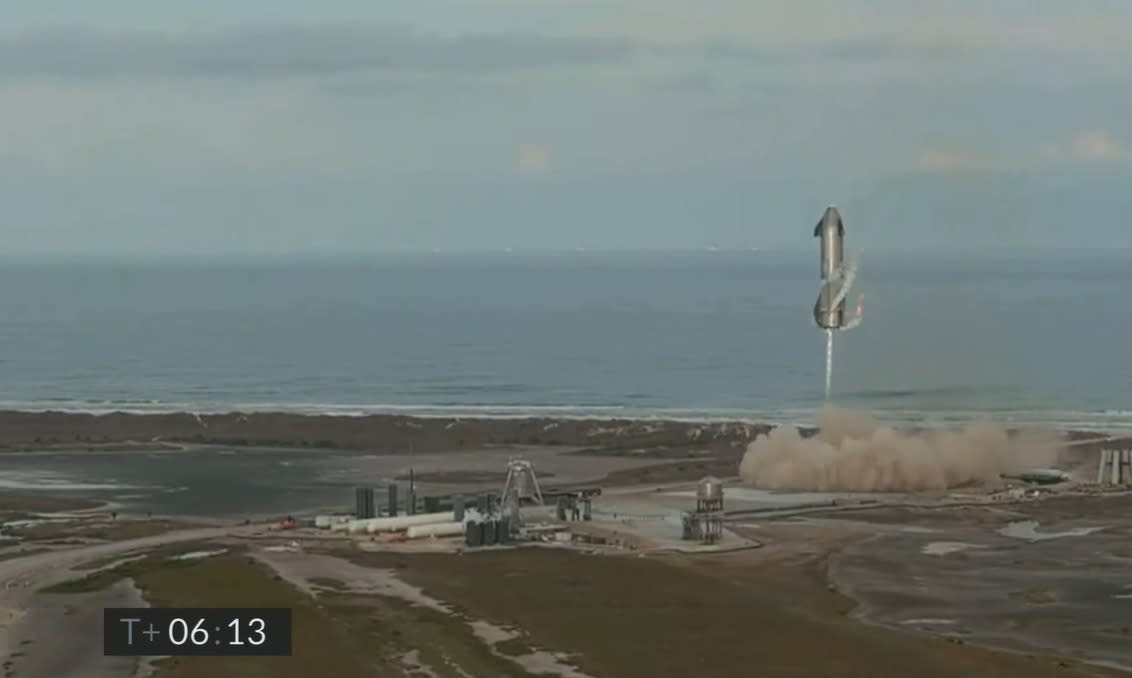 After a last second abandonment earlier in the day, SpaceX launched the SN10 Starship in a high-altitude flight test that took it 10 km above Earth. The main difference between this test and earlier flights not only did he maneuver well through a flip, he also landed softly on the pad in Boca Chica, TX – .

Update (6:36 p.m. ET): So about the lack of explosions – moments after it landed and SpaceX’s live stream cut, SN10 joined its predecessors by exploding on the pad. NASA space flight captured the event via their own cameras.