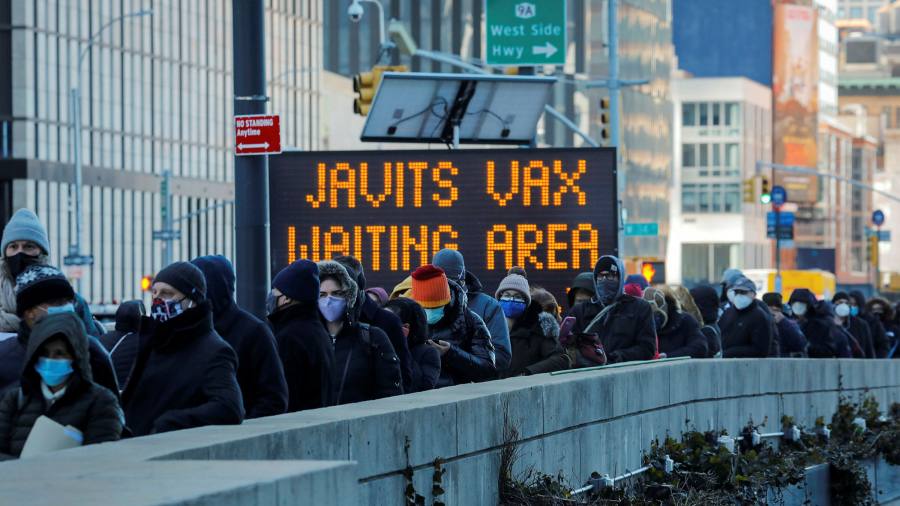 Nine in 10 coronavirus deaths have occurred in countries with high obesity rates, according to research supported by the World Health Organization that clearly correlates excess weight and lives lost to the disease .

The study by the World Obesity Federation (WOF), which represents scientists, health professionals and researchers from more than 50 regional and national obesity associations, showed that death rates were 10 times higher where at least 50% of the population was overweight.

It offers new insight into why people in some countries die at much higher rates after catching the virus than in others.

Age was considered the greatest predictor of severe outcomes, which has led to prioritizing the elderly in the deployment of the Covid-19 vaccine in most countries. But WOF said its report “shows for the first time that overweight populations come second.” He is now asking that this group be prioritized for vaccination.

Tedros Adhanom Ghebreyesus, WHO director general, said the report “must serve as a warning to governments around the world” to tackle obesity.

Analysis of the latest mortality data from Johns Hopkins University and data from the WHO Global Health Observatory on Obesity, showed that 2.2 million of the 2.5 million deaths in the world were in countries with high obesity rates.

Scientists sought to understand the difference in death rates between Asian and Western countries, as well as low-income and high-income countries. The WOF suggests that finding the “common denominator” of obesity is an important part of the explanation.

Vietnam, for example, has the lowest recorded death rate in the world and the second lowest level of overweight people: only 0.04 per 100,000 deaths from Covid-19 and 18.3% of overweight adults , according to WHO data.

Tedros said: “The correlation between obesity and Covid-19 death rates is clear and compelling.” Investment in public health and coordinated international action are needed to tackle the root causes of obesity, he added, as “one of the best ways for countries to build the resilience of health systems. health after the pandemic ”.

Lobstein, a visiting professor at the University of Sydney and a former WHO adviser, said governments had failed to tackle obesity for many years despite UN targets. Yet Covid-19 was just the latest infection exacerbated by weight issues: “We have seen it in the past with Mers, H1N1 and other respiratory illnesses,” he added.

The report also made an economic case for action to control obesity, saying the costs of foreclosing companies to prevent overshoot of health services “could have been significantly mitigated if governments had addressed the problems. population weight problems before the pandemic ”.

Of the 28 billion dollars projected by the IMF as the global cost of the loss of economic production in the world until 2025, “at least 6 billion dollars will be directly attributable to the problem of populations living with excess weight”, he maintained.