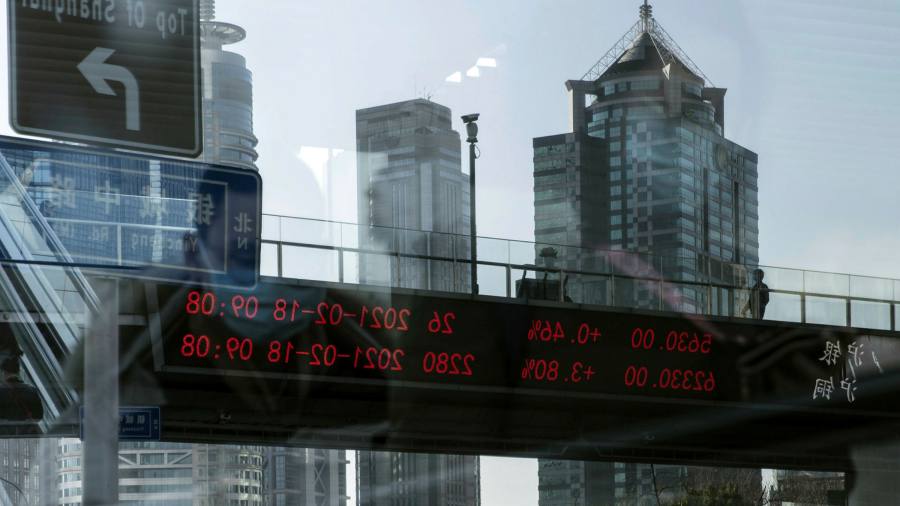 Asia-Pacific stocks fell on Thursday after negative sentiment on Wall Street and concerns about rising bond yields spread across the region.

Japan’s Topix index fell 1.8 percent, while in China, the CSI-300 index of stocks listed in Shanghai and Shenzhen fell 2.7 percent. In Hong Kong, the Hang Seng Index lost 2.6 percent, while Australian and South Korean stocks were also down.

The moves came after the S&P 500 fell 1.3% on Wednesday, with tech stocks down sharply for the second day in a row and yields on 10-year US Treasuries are climbing to about 1.47 percent. In Asian trade, the 10-year US Treasury was trading at just under 1.48 percent.

The US Senate has started debating President Joe Biden’s $ 1.9 billion stimulus package, with analysts predicting it could boost not only economic growth but consumer prices as well.

This has fueled volatility in U.S. bond yields as traders look for signs the Federal Reserve may tighten monetary policy.

Jingyi Pan, senior market strategist at IG Group, said rising yields on US Treasuries and falling US stocks had put Asian markets in a “gloomy mood.”

“After stabilizing since the start of the week, it looks like we’ve come back to watching bond yields climb,” she noted, adding that this had “invited nervousness to come back to the fore”.

China’s CSI 300 has fallen more than 8% in recent weeks after hitting a record high in February. However, the index has remained on the rise since the start of the year.

Moutai, the spirits maker who rallied last year, has lost more than 20% of its value since mid-February, wiping out more than $ 100 billion from its market capitalization.

Earlier this week, Guo Shuqing, China’s main banking regulator, warned of the risk of “bubbles” on international markets and their potential impact on the country’s financial system.

Elsewhere, Brent, the international oil benchmark, added 0.5% to trade at $ 64.4 a barrel ahead of a meeting of Opec + producers later Thursday.