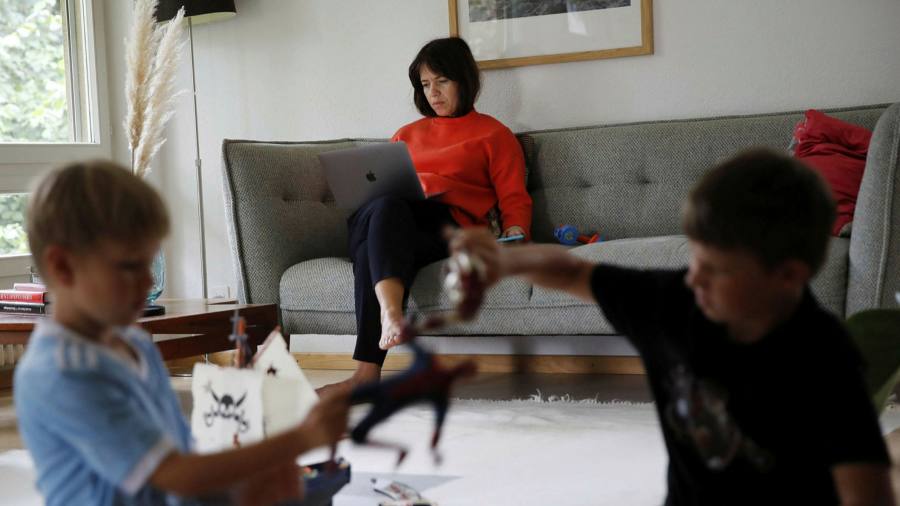 Brussels will introduce anti-wage discrimination legislation that will oblige large companies to disclose information about their gender pay gap and give workers the right to demand transparency in their wages.

The European Commission will publish a series of binding pay transparency measures on Thursday designed to reduce pay inequalities in the EU and reduce the pay gap between men and women which stood at 14.1% in 2018 in the EU. entire block, according to a draft consulted by the Financial Times.

The directive is the first time that Brussels has proposed legislation that will oblige all of its 27 member states to apply stricter wage reporting requirements to companies with more than 250 employees and grant all workers rights, including the disclosure of the salaries of their colleagues.

Other measures include prohibiting companies from asking potential recruits for their salary history and granting employees the right to compensation in the event of salary discrimination. The directive aims to enshrine the principle of “equal pay for equal work”, the document said.

EU member states will have the power to decide how to sanction companies that do not comply with the law, with fines as an option. The proposal will first require the agreement of a majority of Member States and the European Parliament before it can be approved.

Brussels transparency measures come as growing evidence shows the Covid-19 pandemic has disproportionately affected women in the workforce as they have taken on roles of caring for family members and have suffered a deterioration in the work-life balance.

“[Women’s] the overrepresentation in lower paid sectors and professions, such as hotels, retail sales or personal services, has made them particularly vulnerable in the labor markets hit by the Covid-19 crisis ”, indicates the commission’s proposal.

Brussels wants the annual report on the gender pay gap to apply only to organizations with more than 250 employees, reflecting fears the additional administrative burden could hurt struggling small businesses during the pandemic . All companies will be subject to rules that give their workers the right to know the salary of colleagues who work at a similar level.

Helena Dalli, European Commissioner for Equality, told FT: “The lack of pay transparency makes it difficult to detect, recognize and fight against pay discrimination based on gender.”

“With our proposal, all employers, regardless of the size of their company, will have to provide compensation information to workers so that they can compare their salary with the average salary of colleagues doing the same or valuable work. equal”. she said.

The annual gender pay gap exceeded 20% in Estonia, Austria and the Czech Republic. The smallest pay differentials, below 5 per cent, were recorded in Luxembourg, Romania and Italy, according to Eurostat figures.

Employer groups such as the European Trade Union Institute have long called for binding transparency rules that will help empower workers in wage negotiations and clarify the extent of gender pay gaps in different sectors.