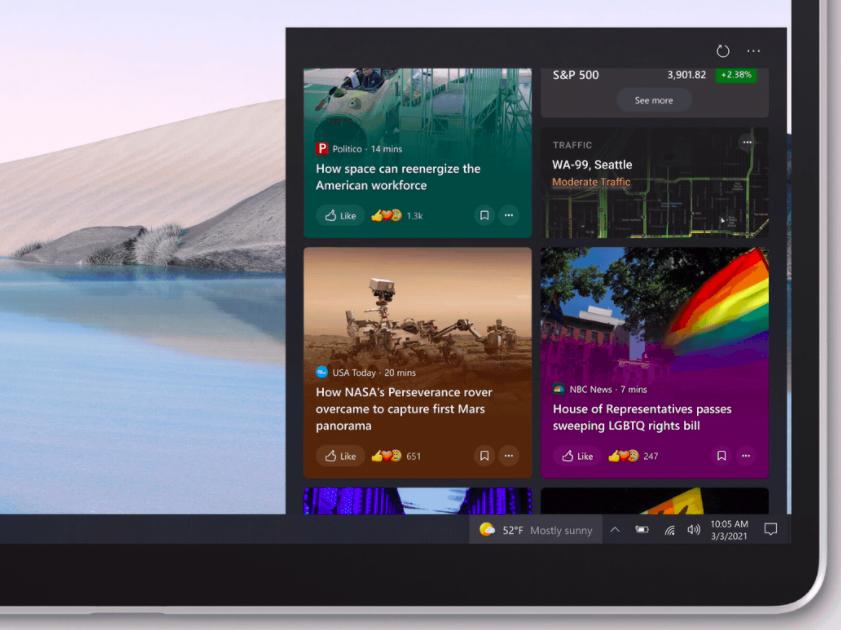 With most of the people who hear from them online by social media and dedicated applications, Microsoft is update the way Windows 10 presents the news to make it more eye-catching in order to stand out from the crowd. Insiders can view the updated design in the Windows taskbar today. The changes include different colored themes for the posts in the feed, which were previously gray, to make them more “attractive”.

Selecting “See more news” will now take you to a new browser layout with larger maps that show text snippet of articles. This should help you browse the news versus just scanning headlines and might help you decide whether or not to read the full story. The update also adds updated emoji graphics – including like, love, surprise, and anger, among others – when you want to share your reaction to an article.

Microsoft says update is rolling out Insiders in the US development channel with news and interest feed access, so you may not be able to see the changes immediately. He plans to bring the new look to other regions in the future. As usual, the latest Insider preview release also includes a bunch of small tweaks, including a few changes and improvements and over a dozen fixes. These include an update to system icons to align with the Microsoft Fluent Design style, while an issue that affected the reliability of startup and other modern apps in recent flights has been addressed.