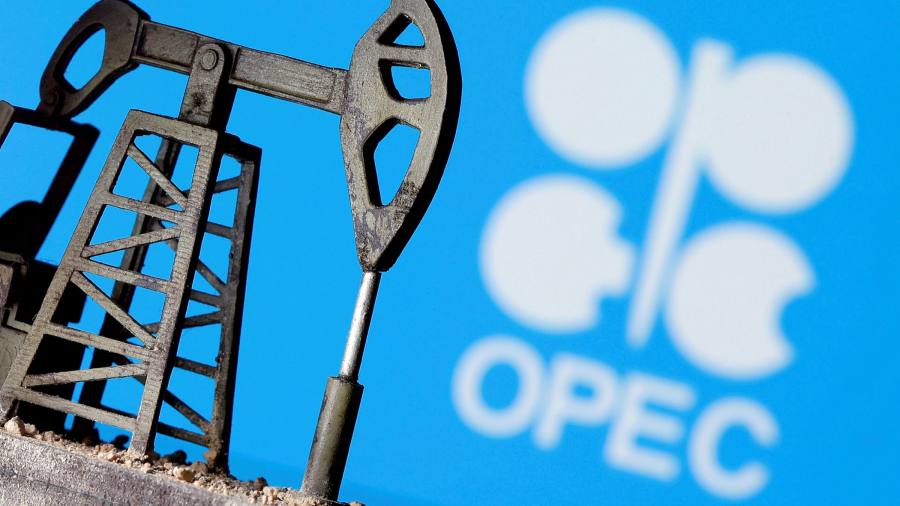 Opec and Russia have decided not to launch a flood of crude into the market after Saudi Arabia urged fellow oil producers to “keep our powder dry” in the face of lingering uncertainty over the pandemic.

April’s cautious approach to production pushed oil prices more than 5%, Brent above $ 67.30 a barrel – near the highest level since January 2020, when the coronavirus started hardly to spread around the world.

Prince Abdulaziz bin Salman, the kingdom’s oil minister and son of King Salman, said on Thursday that while there was “no doubt” that the market had improved since January, he wanted “to urge caution and vigilance”.

“Let’s be sure that the glow we see in front of us is not the beacon of an arriving express train,” he said, as a meeting of oil ministers began. “The right way to go now is to keep our powder dry and have contingencies in reserve to avoid any unintended results.”

After the meeting, he added that he favored a cautious approach: “When you have this unpredictability and uncertainty [I believe in] take things more cautiously. “

Supply restrictions by OPEC, led by Saudi Arabia, Russia and others have helped the market rebalance after oil collapsed last year to its lowest level in 18 years , as the pandemic raged and reduced demand for crude.

The Opec + group decided Thursday against a collective increase of 500,000 b / d in supplies, even as Russia and Kazakhstan were granted a small production increase of 150,000 b / d together for April.

Saudi Arabia will also maintain its own voluntary additional reduction of 1 million bpd for an additional month. These barrels will be gradually brought back to the market, the kingdom said.

“Contrary to what most market players expected before the OPEC + meeting. . . bullish momentum has formed in today’s negotiations, ”said Bjornar Tonhaugen of Rystad Energy.

“While the price of oil makes members turn their taps back on and bring in some extra cash, most members show surprising restraint.”

Travel bans and government lockdowns to tackle the spread of the coronavirus have drastically hit demand for oil last year and forced global producers to take collective action to raise prices.

Optimism about the rollout of vaccines around the world has helped crude prices rise above $ 60 a barrel. Some analysts now say that a strict supply restriction will only raise prices and pave the way for more shale production in the United States.

Yet economies dependent on revenues from crude sales to fill government coffers have been reluctant to take an overly optimistic approach in the face of uncertainty and release too much oil.

Russia, Saudi Arabia’s main partner in the Opec + oil alliance, has sought to ramp up production faster than the kingdom wanted, meet domestic demand for fuel and fear giving up shares market to its rivals.

“Certainly the Russians want more oil there,” said an Opec delegate. “They held that position for a while.”

Alexander Novak, Russian Deputy Prime Minister, said earlier today that while the new strains of the coronavirus presented great “uncertainty”, the oil market was “in much better shape”.