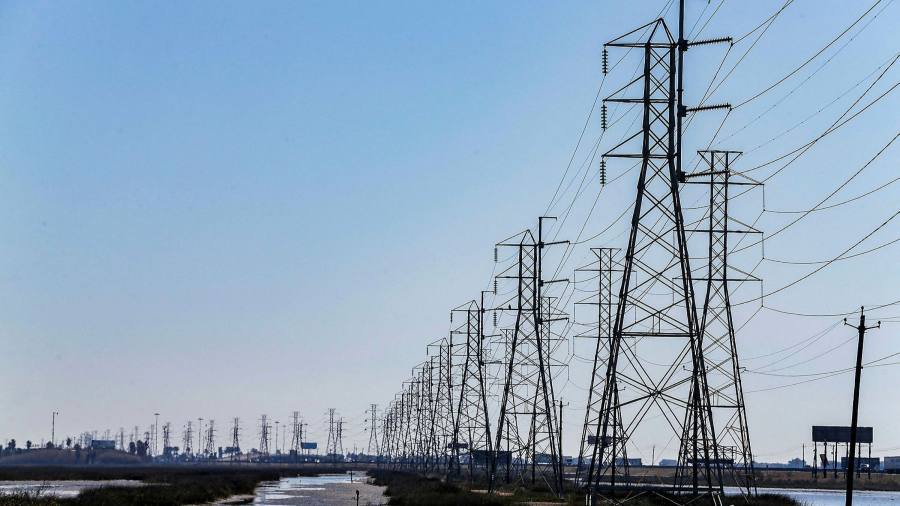 The Texas electricity market watchdog recommended liquidating $ 16 billion in wholesale electricity transactions made during the height of a winter storm last month – an unprecedented move that could mitigate financial distress for companies in the market.

The rollback was justified because the grid operator made a “mistake” in keeping prices at the legal maximum for too long, the watchdog said Thursday.

As temperatures have dropped and nearly half of Texas’ power generation has been taken offline, Ercot, the grid operator, set wholesale prices at $ 9,000 per megawatt hour, several multiples higher than usual prices of around $ 25 per MWh, in an emergency effort to attract more production to the market.

Those prices stayed in place for 32 hours longer than market rules allowed, Carrie Bivens, Ercot’s independent market monitor, wrote in a letter to the Public Utility Commission of Texas (Puct), which supervises the network operator.

This resulted in “an additional $ 16 billion in costs to the Ercot market,” Bivens wrote.

The retroactive price revision “is not ideal”, she said, but “allowing them to stay will cause substantial and unjustified economic damage”.

Such a move would require Ercot, which acts as the payments clearinghouse for the marketplace, to recover the money already paid through its bill payment system, a process never achieved at the scale that would be required.

Extremely high electricity prices have caused a record $ 50 billion in Texas electricity market transactions during Storm Week, more than the typical total for an entire year.

In a Texas Senate hearing Thursday, Kenan Ogelman, Ercot’s vice president of business operations, said the Texas wholesale electricity market was in “distress.” About $ 1.7 billion in electricity bills were still unpaid, a figure he said is set to continue to rise.

Brazos Electric Power Cooperative, the largest and oldest electricity cooperative in the state, has been the biggest casualty to date, declare bankruptcy earlier this week after failing to pay more than $ 2 billion in invoices received from Ercot.

The market watchdog’s recommendation echoes calls from many companies – both retail suppliers and generators who have had to purchase electricity from the wholesale market to meet their supply commitments – that have warned of further bankruptcies to come.

Just Energy, the state’s largest electricity retailer, which warned its investors of a potential loss of $ 250 million from the storm, said in a letter to The Puct on Wednesday that the “extreme prices” would force many companies out of the market and could “devastate the competitive electricity market”.

A coalition of renewable energy developers also wrote to The Puct to advocate for a waiver of the $ 9,000 electricity price, arguing that dozens of wind projects that were supposed to source electricity were facing downside. of “serious financial losses” and warning of a “crippling impact on future investments in Texas”. .

The state is the largest wind power producer in the United States and about 95% of new energy projects proposed in the state are wind, solar, or storage, an investment pipeline that could be compromised by financial damage. by the winter storm.

While the retroactive price reduction could ease the burden on many companies that have borne the brunt of the price increase, it risks creating new problems in other related markets such as the Intercontinental Exchange, where derivatives are traded. .

It could also shift the financial burden on some producers, where very high electricity prices helped offset the cost of securing natural gas, which also increased during the storm.