EU, US agree to suspend tariffs in Airbus-Boeing dispute 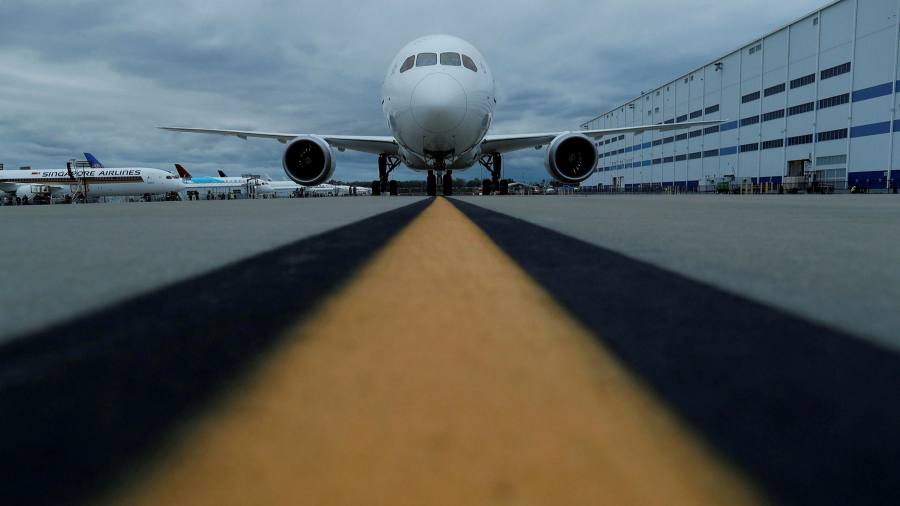 The EU and the United States have agreed to suspend punitive tariffs linked to their long-standing dispute over aircraft subsidies, in the first breakthrough in trade relations since President Joe Biden took office.

The two sides reached a deal after intensive talks, people familiar with the talks said, a sign that the 16-year-old transatlantic trade battle over state aid to Airbus and Boeing may be coming to an end.

In a statement released after a call with Biden, von der Leyen said: “President Biden and I have agreed to suspend all of our tariffs imposed in the Airbus-Boeing disputes, both on aeronautical and non-aeronautical products, for an initial period. four months.

“We are both committed to focusing on resolving our air disputes, based on the work of our respective trade representatives,” she said.

The goodwill gesture aims to prepare the ground for negotiations on a permanent solution to the dispute by setting common rules on authorized aeronautical subsidies.

The US trade representative’s office said a regulation was needed to address the challenges posed by newcomers to the aviation industry from China. Beijing has made it a priority to break the global duopoly that has dominated for decades.

He added that the limits on future subsidies and the monitoring and enforcement mechanisms would be part of an agreement between the EU and the United States.

An EU official said the announcement came “earlier than expected” as Biden-appointed sales representative Katherine Tai has yet to be confirmed. Countering China and setting transatlantic standards for the aviation industry were key goals, the official said.

A European diplomat said four months would be “enough time to focus minds while still being very doable”.

The agreement came a day after the United Kingdom and United States came to their own arrangement whereby Washington also agreed to suspend punitive tariffs related to the dispute for four months.

The UK had already unilaterally stopped imposing its own tariffs earlier this year. EU officials and other trade experts have questioned whether the UK would have had the right to continue to impose them anyway, given its exit from the bloc’s customs union.

Brussels imposed additional rates over $ 4 billion in US goods in November, covering a wide range of products, including cane molasses, casino tables and fitness equipment.

By then, the United States had already imposed additional duties on $ 7.5 billion in European exports – the result of Washington’s victory at the World Trade Organization over aid to Airbus.

Brussels sees today’s step as a breakthrough that may pave the way for broader trade cooperation after the tensions of the Trump era – tensions that sometimes threatened to lead to a large-scale trade war. ladder.

The dispute over aircraft subsidies between the United States and the EU is one of the oldest cases in WTO history. It has been found over the years that both sides have failed to properly implement the rulings of WTO panels on illegal subsidies.

The battle dates back to 2004, the year after Airbus first overtook its American rival in terms of deliveries. After negotiating an agreement with the EU on state aid in 1992, the United States launched an action against subsidies for the European group dating back to the 1970s. Initially, the United States claimed that 22 billions of dollars in illegal financing had been granted to Airbus.

Trade Secrets is the FT’s daily essential briefing on the changing face of international trade and globalization.

register here to understand which countries, companies and technologies are shaping the new global economy.

A few months later, the EU issued a challenge of its own, originally claiming that $ 23 billion in illegal aid had been offered to Boeing.

The deal will come as a relief for aircraft manufacturers and other companies on both sides of the Atlantic. French wine producers and Italian cheese makers were among those at the forefront of calls for an end to the conflict. The spirits industry is also one of the US sectors that is calling for a solution.

Airbus welcomed the decision to suspend tariffs. The company said it supports “all actions necessary to create a level playing field and continues to support a negotiated settlement of this long-standing dispute to avoid losing tariffs.”

Boeing said it hoped the deal would allow talks to “level the playing field in this industry.”