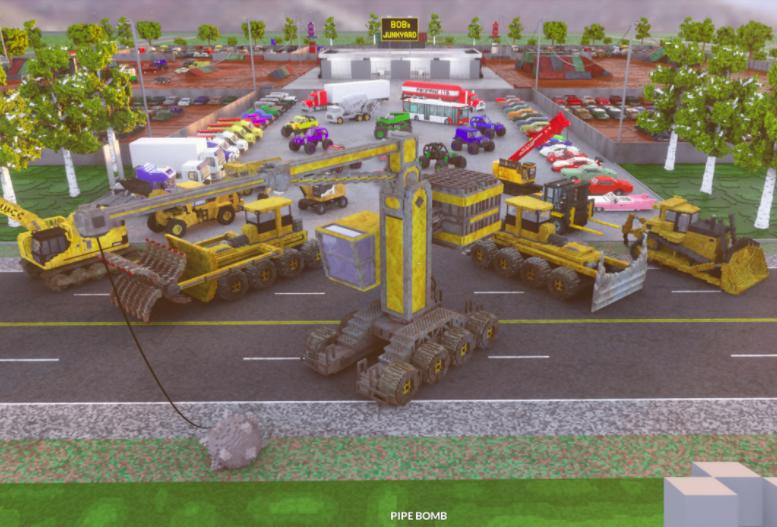 Heist game fueled by destruction Tear down climbed to the top of the Steam game rankings when it landed in Early Access in October. Over 8,000 simultaneous players quickly seized the opportunity to completely destroy its artistic voxel environments, leveling entire buildings in their wake. After releasing level design tools a few months ago, the latest version brings Steam Workshop support with access to around 100 mods.

To give you a taste of the loot, developer Tuxedo Labs has picked out some of their favorites, including the “The Junkyard” map (which has already garnered over 12,000 subscribers) which lets you destroy cars using of a “ShredDozer”, as well as other hybrid demolition machines. , and perform acrobatic jumps on stacked vehicles. Other mods let you wreak havoc with the Quake II railgun and play target shooting minigame with cannon. There’s also another map that crams into a giant hydraulic press, hamster wheel, slingshot, and obstacle course.

TuxedoLabs also added a Heist Example map in the built-in mods for players to create their own missions and optimized the game’s core physics engine to better handle large-scale destruction scenarios. Tear down is expected to remain in Steam Early Access throughout 2021.