Yaku Pérez from Ecuador: “ A triumph even if we don’t make it to the second round ” 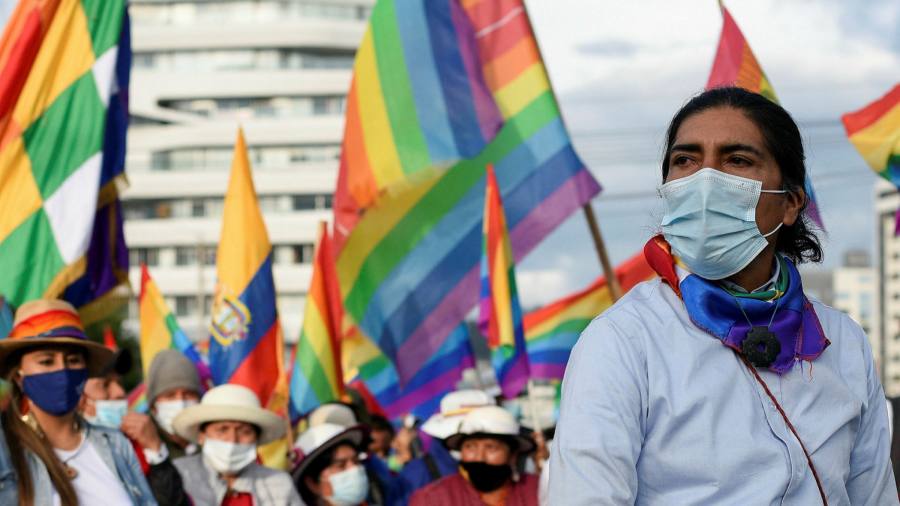 Indigenous leader Yaku Pérez may fail to qualify for the second round of the Ecuadorian presidential race, but his party has made big gains in parallel parliamentary polls – sending a signal that Andean nation voters are eager to find an alternative to traditional left and right programs. .

As it stands, Pérez came third in the first round of the February presidential election, with 19.4% of the vote. He missed a spot in the second round next month with just 32,000 votes – less than 0.3% of the ballots.

But although the country’s National Electoral Council (CNE) claims that the left-wing economist Andres Arauz and conservative businessman Guillermo Lasso will face in the second round on April 11, Pérez has not given up hope. He seeks to become the first indigenous chief in the history of Ecuador.

Alleging widespread fraud, he urges a recount and appealed to the Ecuadorian electoral tribunal in an attempt to have the CNE’s results quashed. “If they open the ballot box [and recount the vote], so for sure I’ll be in the second round, ”he told the Financial Times from his home in the highlands of southern Ecuador.

It was a triumph even though we didn’t make it to the second round. . . we will have 27 [members of congress] and it’s a victory in itself

He will likely be disappointed and Arauz is the favorite to win the second round no matter who he faces. But Pérez’s Pachakutik party won nearly 17% of the legislative vote and will be the second force in Ecuador’s fragmented new congress.

Arauz’s Union for Hope, a new leftist party created by the former president Rafael Correa, won over 32 percent in the legislative elections and will be the dominant group. But he won’t have an overall majority and will have to seek alliances – including with Pachakutik, who would likely insist that some of his environmental policies be implemented in return.

The results represent a breakthrough for Pachakutik, which was founded in the 1990s. So far, its support has been largely limited to the indigenous populations of Ecuador, who, according to the latest census, represent only 7% of the population. population.

This time, analysts say, Pachakutik struck a chord with young and disenchanted voters who responded to his call for greater environmental protection and focus on gender issues.

“It was a triumph even though we didn’t make it to the second round,” Pérez said. “Historically, we’ve had five members of Congress, or in the best-case scenario, 10. Now we’ll have 27 – including 10 women – and that’s a victory in itself.”

Sebastián Hurtado, head of the local political risk consultancy Prófitas, said that Pérez “managed to reach a certain part of the electorate that the indigenous movement had not reached before”.

With Lenín Moreno’s government deeply unpopular after trying to implement austerity measures to abide by the terms of an IMF loan deal, Pérez was “clearly an outsider in an election where there was an anti- establishment and a tendency towards foreigners, ”Hurtado said.

Pérez has been an environmental activist and lawyer for years. Formerly known as Carlos Ranulfo Pérez, he changed his first names to Yaku Sacha four years ago. Yaku means water in Quichua, the predominant language of the Andes, while Sacha means mountainous jungle.

In 1996, he was elected local councilor in his hometown of Cuenca. In 2019, he won the post of governor of Azuay, the region of which Cuenca is the capital.

Later that year he came to prominence when Moreno tried to remove fossil fuel subsidies to respond to IMF requests. The move would have saved the government $ 1.3 billion per year, but would have led to a sharp rise in gasoline and diesel prices. Indigenous activists and leftists took to the streets and after 10 days of clashes in which at least eight people died, the the government backed down.

Pérez acknowledged that there was “an apparent contradiction” between his defense of fossil fuel subsidies and support for environmental protection. But he argued that ending them in 2019 would have been too onerous for the poor.

“I would like to stop using fossil fuels and start using clean energy as soon as possible, but even if we don’t have clean energy, we have no choice,” he said. he declares. 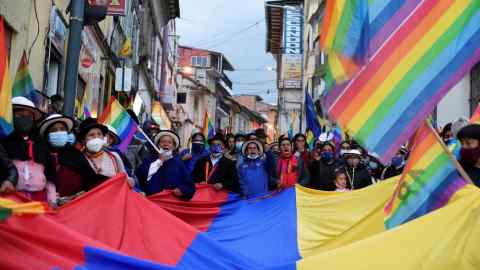 Some of Ecuador’s oil and mining sectors would be relieved to see Pérez fail. He wants to stop all new mining projects and takes a similar stance on oil exploration and production – the backbone of the economy, accounting for around 8% of gross domestic product.

Asked how to make up the shortfall, Pérez said any government he led would reduce corruption and tax evasion and encourage tourism and agriculture. “We have always been an agricultural country and yet we import wheat for bread, lentils for soup and fruit from Peru, Colombia and Chile.”

Observers say Pérez’s understanding of economics is fragile. “He doesn’t know anything about economics. . . but to his credit, he doesn’t claim it, ”said Alberto Acosta, editor of Weekly Analysis, a local economic report. “The big question if he came to power would be who his economic advisers are.”

For now, that seems pretty distant. If the CNE confirms that Pérez is not in the second round on April 11, he has said he and his supporters will spoil their ballots in a country where voting is compulsory. He wouldn’t throw his weight behind Lasso in an attempt to keep Arauz – who was virtually unknown until Correa anointed him last year as his chosen candidate – out of power.

Opponents fear Correa, who was not allowed to run after being sentenced in absentia last year on charges of corruption, would pull the strings in a government led by Arauz. Pérez has a long history of conflicts with Correa over environmental policies during the latter’s 2007-17 reign.

“We will be wasting our ballots because we have a third way,” Pérez said. “The path of the ecological left, the feminist left, the community left, the honest left which has its roots in indigenous peoples.”