From fairy tale to culture war: Britain grapples with the royal race 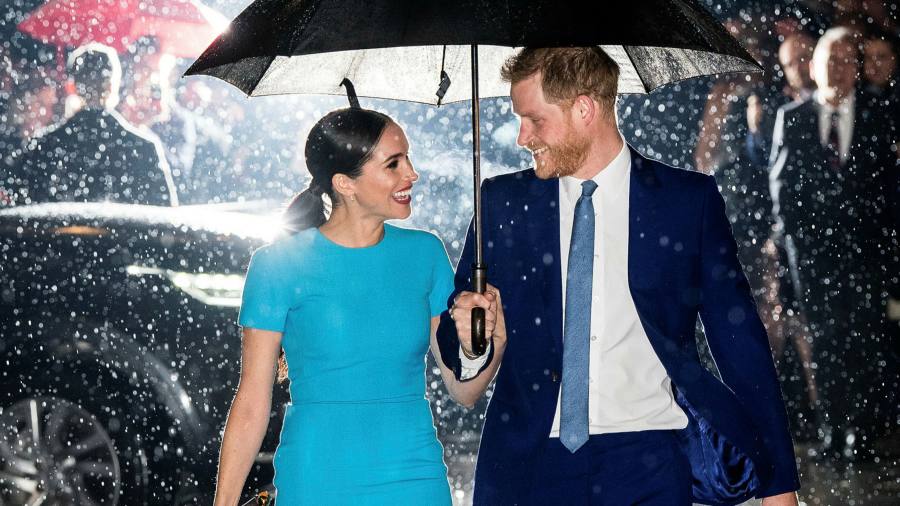 As Prince Harry and Meghan Markle married in 2018, many commentators took to the signs that the British royal family was embracing the 21st century.

The young prince married a divorced mixed race from America who displayed an independent spirit like Harry’s late mother, Diana, the Princess of Wales, and who was welcomed with great pomp into the royal household.

“It was as if the exclusivity of royalty and blue blood could be erased with a photo-op,” said a black British commentator, who asked not to be named, looking back with hopes the marriage once inspired.

All remnants of this fairy tale came to a bitter end during American TV personality Oprah Winfrey two-hour interview with former members of the royal family when it aired on CBS in America Sunday night.

The most explosive revelations of the interview, made in California where the Duke and Duchess of Sussex have gone into exile since their retirement from royal life last year, revolved around race.

There were “concerns and conversations about how dark her skin might be when she was born,” Markle said of the couple’s unborn child Archie which prompted Winfrey to take a break. Harassed and at times vilified by British tabloids, Markle was made to feel suicidal, she said, but was denied the help and protection she sought at the royal household.

Although the revelations were not aimed at any specific member of the royal family, they portrayed the institution of the monarchy in an unflattering light at a difficult time for race relations in Britain, following the Black Lives Matter protests. triggered on both sides of the Atlantic by George Floyd’s death last year, and the high number of black ethnic and minority victims of the coronavirus pandemic.

The revelations from Markle – and those from Prince Harry, who sat next to her in the second half of the interview and said her father, Prince Charles, at one point refused to take her calls – have divided opinion in Britain, sparking torrents of commentary, many of it highly partisan on one side or the other, in the media and on social media.

Tim Bale, professor of politics at Queen Mary University in London and historian of the ruling Conservative Party, saw the dangers these controversies will fuel the culture wars unleashed in the wake of the 2016 Brexit referendum, providing ammunition for some politicians to exploit.

“If they can portray Meghan and Harry as the Prince and Princess of awakening in opposition to the rest of the royal family and the establishment, they will be tempted to do so,” he said.

The interview sparked a wave of support for Markle from some members of Britain’s black community. Shola Mos-Shogbamimu, author, lawyer and women’s rights activist, said the Queen herself should have stepped in to try to end Markle’s “divisive and hateful treatment” by sections of the media.

“I understand that families have quarrels, and I have no interest in getting into that. But if you can treat a person this way, if you think it’s OK for a member of your family to be treated like this, how can I trust you, as a monarchy, to speak for me? . It’s a matter of principle, ”Mos-Shogbamimu said.

The palace made no response to the revelations before they aired in the UK on Monday evening. But there were vocal advocates.

‘Meghan and Harry’s smelly oprah-athon for two hours was a disgraceful rant of cynical propaganda aimed at harming the race while her husband is in hospital – and destroying the monarchy,’ wrote TV presenter Piers Morgan in the Daily Mail.

Also describing the interview as a betrayal, Penny Junor, a royal biographer, wrote in the Sunday Mail: “It is also extremely damaging to Harry. For him, the monarchy is not a quaint, outdated institution, as it is for millions of Americans. . . For Harry, the monarchy is the family.

For the Queen, who turns 95 next month, the saga echoes what she called her “annus horribilis” in 1992, when the family was torn apart by divorce, and Diana has published a damaging account of her marriage broken up with Charles.

It comes as her husband Prince Philip, 99, recovers from heart surgery in hospital, and after a year in which her second son Andrew was forced to step down from royal duties as a result allegations regarding his friendship with Jeffrey Epstein, the disgraced former financier and convicted pedophile. Prince Andrew has denied wrongdoing.

It also weakens one of the few institutions that unites the UK, at a time when independence movements in Scotland, Northern Ireland and, to a lesser extent, Wales have all gained ground, strengthening the arguments for comprehensive reform.

Support for the monarchy in the UK has remained strong overall, but there is a growing generational gap, according to YouGov’s latest survey on the issue at the end of 2020. More than eight in 10 people over the age of 65 preferred to preserve the monarchy on an elected head of state, against only half among 18-24 year olds. There is also a roughly even split between the adults on who should succeed the Queen, Charles or her son William.

“When Meghan entered the royal family as Diana before, they had their second chance to step into the 21st century. But rather than embracing these people, they tried to suffocate them and pretend the past is still here, ”said Norman Baker, former government minister and author of a book on the cost of sustaining the monarchy.And what are you doing? What the royals don’t want you to know.

Referring to reports in the UK press about a harassment complaint against Markle filed by a former royal assistant, he added: “I think she caused hardship for people who worked for her, but he didn’t There is no excuse for the way the palace behaved. this. ”Markle denied the bullying allegations.

Just hours before Winfrey’s interview aired in Britain, Prime Minister Boris Johnson on Monday was among the few not to have an opinion on the line, saying only he had “the greatest admiration for the queen ”and the work she did“ for the country and the Commonwealth ”.

“I really think that when it comes to royal family matters, the good thing for prime ministers is to say nothing. And nothing is what I propose to say about it, ”Johnson said.