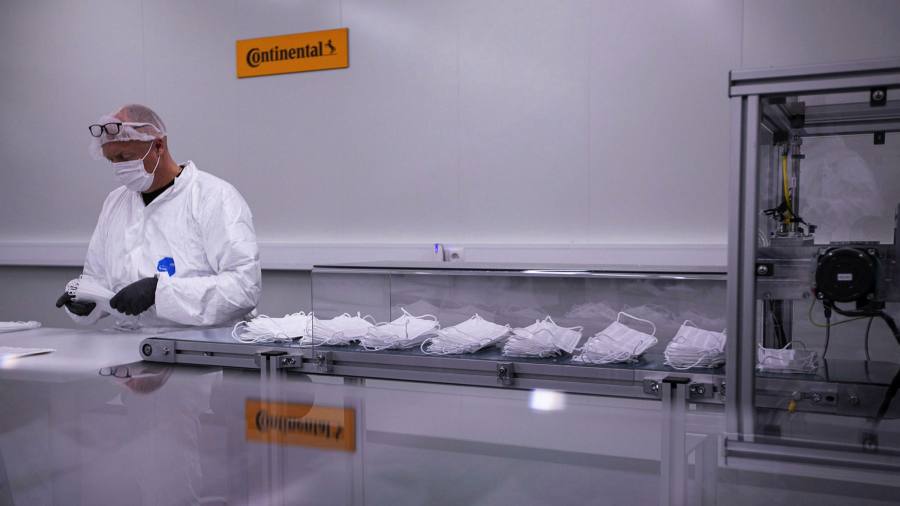 Continental expects a “significant recovery” in the global auto market this year despite the pandemic and chip shortage, as the German auto parts maker dropped its dividend after a year of heavy losses.

It also canceled its dividend for 2020; Continental was criticized last year for paying 600 million euros in dividends after taking money from the German government to put thousands of workers on leave.

But CFO Wolfgang Schäfer said that the last quarter of the year, when the company made a profit after six months of significant losses, “showed that we have passed the bottom.”

“The economic environment is growing,” he added.

He said this year would be “difficult” for automakers due to the global semiconductor shortage, but that a “substantial increase” in global auto production is expected.

A chip shortage has led the world’s largest automakers to halt or cut production, with the industry not expecting the situation to fully recover until the second half of the year.

“We nevertheless expect the market to recover significantly from 2020,” said Schäfer.

However, the group has previously said it does not expect the global auto market to return to its peak of 95 million vehicles in 2017 until 2025.

Continental expects its own sales to reach 40.5-42.5 billion euros this year and aims for a profit margin of 5-6%, with a long-term target of 11% after the transition from the industry to electric cars.

The company is cutting 30,000 jobs to save billions, but has ruled out further cuts despite the pressure as the switch to electric vehicles shakes up large parts of the traditional auto supply chain.