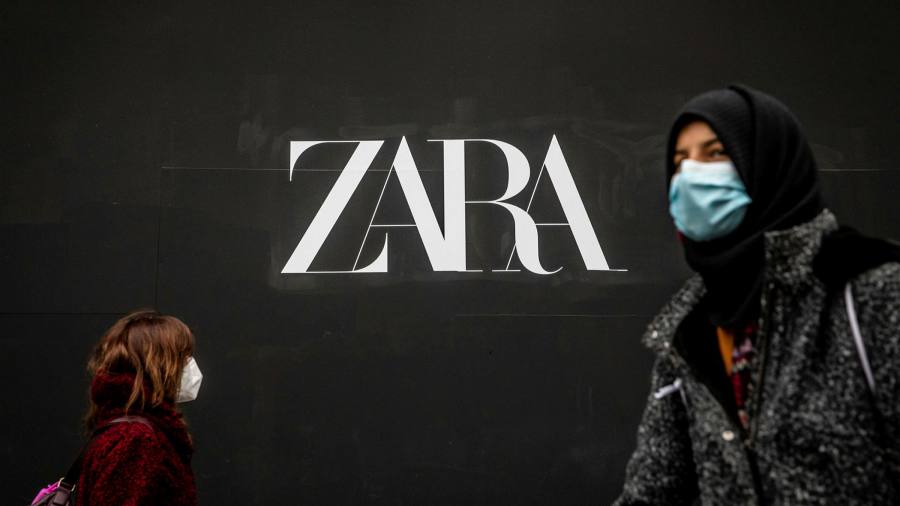 The Covid-19 pandemic has lowered the annual profits of Inditex, the world’s largest clothing retailer, by more than two-thirds to 1.1 billion euros, as many of its stores have been forced to close .

The crisis has been particularly difficult for the group since Inditex focused on fashion, rather than the casual clothes that people often wear at home, and only about 14% of its sales were online before the pandemic.

The fourth quarter fell short of market expectations, with sales down 25 percent from the same three months a year ago. The consensus was for a decline of 21% and net profit more than half for the period.

The company, known for brands such as Zara and Massimo Dutti, said on Wednesday sales fell 28% last year to € 20.4 billion in 2020. However, it added that the second half was better than the first thanks to the reduction in costs and inventories, the migration of online business and the resumption of activity, with € 1.3 billion in net income attributable to the last six months of the year.

Inditex added that trading is improving. In-store and online sales fell 15% in February compared to the same month last year. But he said the trend was reversing, with sales dropping 4 percent in the first week of March. Excluding the five countries where store closings are mandatory, sales are up 2% and the company expects “virtually 100%” of its stores to be open by April 12.

“Inditex has grown stronger after such a difficult year,” said Pablo Isla, Executive Chairman, adding that “the group’s global, flexible, digitally integrated and efficient sales platform. . . puts us in an excellent position for the future ”.

Inditex reduced operating expenses by 17% and inventory by 9% during the year, maintaining gross margin at 55.8%, despite temporary store closures in the traditionally busiest fourth quarter of the year. It cost 287 million euros to stocks in March 2020, in anticipation of the effects of the pandemic.

The retailer’s online sales grew 77% in local currencies to € 6.6 billion.