‘Shredder’s Revenge’ is a returning brawler for Ninja Turtles fans 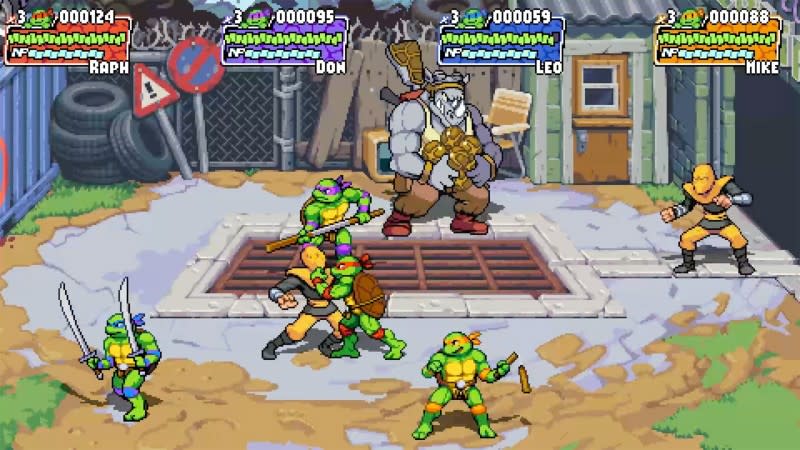 Like a nostalgic bomb aimed squarely at arcade enthusiasts of the 90s, Teenage Mutant Ninja Turtles: Shredder’s Revenge is sure to delight anyone who remembers pumping quarters into Konami’s cooperative cabinets. The new game, developed by Dotemu (Streets of Rage 4) and Tribute Games (Mercenary kings), is a four-player brawler who looks like a natural successor to Turtles in time, Game Informant reports. And don’t worry, this doesn’t take inspiration from modern CG Turtles remakes – it seems to be almost entirely out of the ’80s underwritten. TMNT cartoon. Just like the nostalgia gods wanted.

The co-founder of Tribute Games, Jean-François Major, tells Game Informant that their goal, alongside Dotemu, was to bring the series back for everyone who grew up with the old cartoon and arcade titles. “Because we felt people were missing him,” he said. “And us included, because personally I played those games a lot when I was a kid and I missed them a lot. So the idea started. “

Details are still being finalized for The Shredder’s Revenge – there’s no timeline yet, nor any named specific console platforms – but it’s clear from the trailer above that Dotemu and Tribute Games aim to recreate the joy of fighting alongside your friends as your favorite ninja turtle. (And we all know Leonardo is the best, goFortunately, the game appears to recreate the original sprite-based aesthetic with the fluidity of modern 60fps gameplay. And while the development teams are shy about further improvements, hopefully we get a chance to play as Splinter and April too.