20 Bethesda games will be available on Xbox Game Pass tomorrow 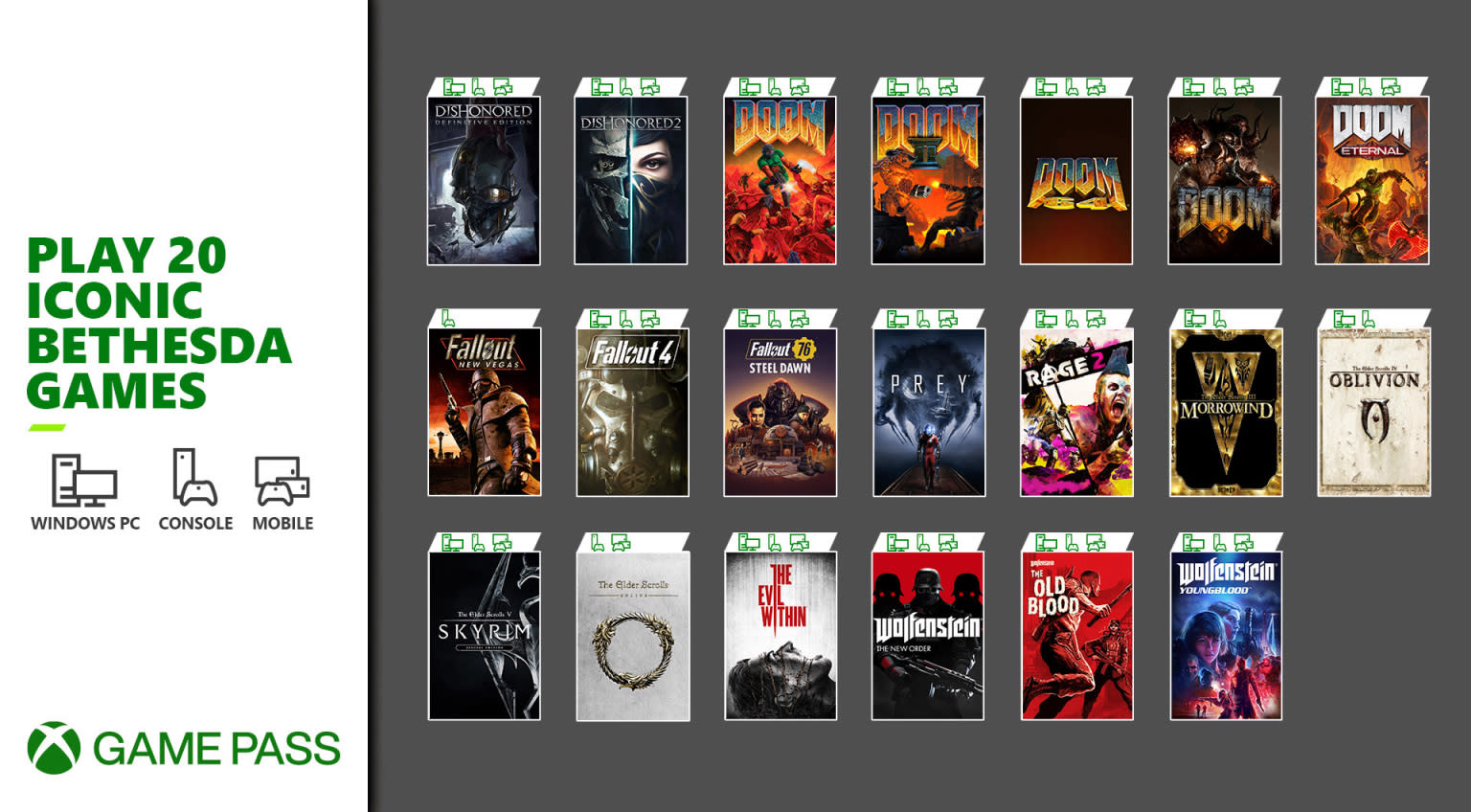 Starting tomorrow, Xbox Game Pass subscribers will have access to a new wave of Bethesda games to play. In all, Microsoft is addition of 12 new titles, including Fallout 4, Morrowind and Evil within, for people to check. They will join eight other Bethesda games such as Dishonored 2, Fallout 76 and Eternal doom that were already available through the service, for a total of 20 titles available. You will be able to play 16 of the games on all platforms where Microsoft offers Game Pass. This means that they will be playable on Xbox and PC, as well as via cloud streaming for those with a Game Pass Ultimate subscription. You can see the full list at the bottom. According to Microsoft, a “handful” of games will take advantage of Microsoft’s FPS Boost technology, allowing Xbox Series X and S series to make them at higher frame rates.

The list represents almost all of the great games that Bethesda and its satellite studios have released in the past decade and beyond. And that’s exactly why Microsoft spent $ 7.5 billion to acquire the business. Going forward, Game Pass subscribers can expect more Bethesda titles to reach the service. “If you’re an Xbox customer, what I want you to know is that you have great, exclusive games that ship to platforms where Game Pass exists,” said Phil Spencer, Head of Xbox, at the recent Xbox-Bethesda Roundtable.