US Resumes Aid to Rebel-Controlled Areas of Yemen 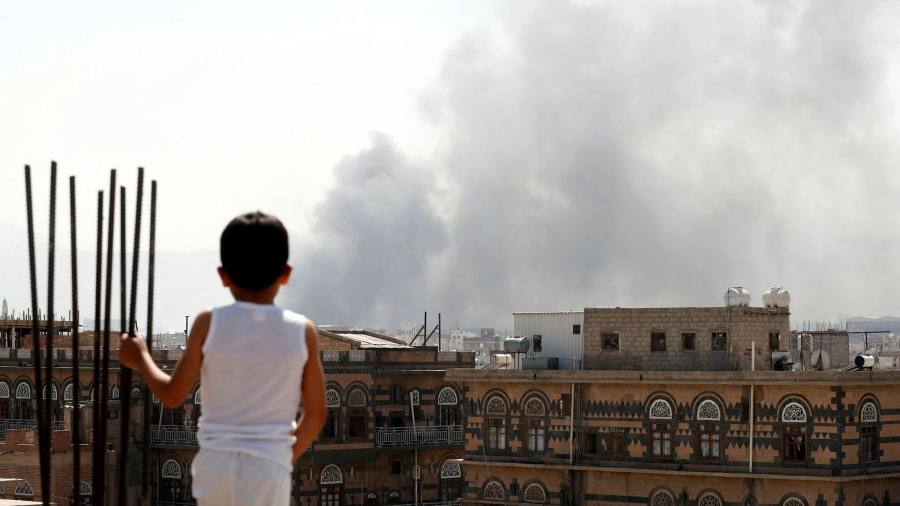 The Biden administration is lifting a Trump-era suspension of aid to parts of Yemen under Houthi rebel control, according to US officials and people with knowledge of the matter.

The U.S. Agency for International Development, a federal agency that administers foreign aid, officially notified Congress and partner agencies operating in the country on Thursday that it was restoring funding to northern Yemen on the basis of a series new monitoring requirements.

“We are lifting the general suspension,” a USAID official told the Financial Times. USAID said it had already “clearly communicated” the benchmarks for unblocking aid to Iran-aligned Houthi rebels.

The official said the new arrangements to limit rebel interference in humanitarian aid reflected “hard-won progress” by the community. “The Houthis must honor these commitments.”

The Trump administration banned aid to northern Yemen last year over fears that the Houthi rebels would obstruct aid. While USAID’s total $ 50 million in suspended money was relatively small, aid agencies argued that the release of funds would have an immediate effect on the situation, which the UN described as the world’s worst man-made humanitarian crisis.

The USAID official said the funds would initially help 170,000 people in northern Yemen, with more money to follow.

The move risks a political backlash, however, given previous criticisms from some analysts, experts and political opponents that the Biden administration was emboldening the rebels.

The Houthis have intensified fighting since the Biden administration ended his support for the Saudi-led coalition that fought them and reversed the trend of its predecessor designation of the group as a foreign terrorist organization.

Washington, however, sought to distinguish its political efforts from Thursday’s humanitarian response. Tim Lenderking, US special envoy to Yemen, in a statement called on the Houthis to end their offensive against Marib province and their continued cross-border attacks on Saudi Arabia.

Five Western countries, including the United States, also condemned the escalation of the Houthis, saying it would “worsen an already grave humanitarian crisis.”

The US State Department said last month that the Houthis were “gravely mistaken” if they thought the administration intended to let its leaders get away with it.

What started as a civil war turned into a proxy battle when an Arab coalition led by Saudi Arabia and supported by the United States intervened against the Iran-aligned Houthis in 2015. 80% of the population lives in the northern areas controlled by the Houthis and subject to the ban on aid.

The UN says more than 16 million of Yemen’s 30 million people face hunger, 4 million of whom are displaced by conflict. UN Secretary-General António Guterres said this month that the country was in “imminent danger of the worst famine the world has seen in decades.”

Six of the largest humanitarian responders in Yemen said in a letter last year that while they harbored “no illusions” about the difficult operating environment across Yemen, the USAID suspension was “on the rise.” more out of step with the humanitarian situation and the realities of our operations on the ground “.

Last week, rich countries pledged $ 1.7 billion for the crisis, $ 2 billion less than the UN target. Aid agencies have warned they will find it difficult to avoid another tragedy.

Linda Thomas-Greenfield, U.S. Ambassador to the UN, said in a speech Thursday that humanitarian organizations in Yemen are desperate for consistent funding and support, and that there is no reason in 2021 that “We cannot provide resources to people in difficulty. need”.