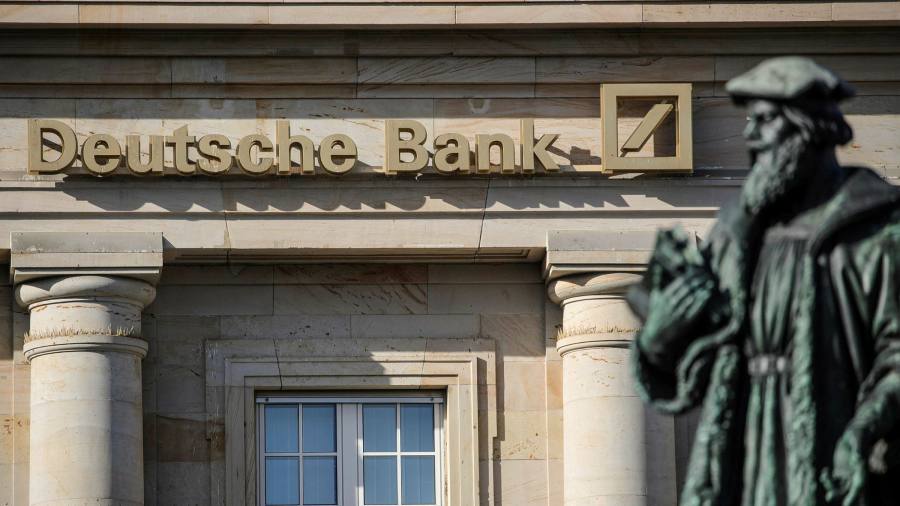 Deutsche Bank increased its investment bankers’ premiums by 46% in 2020, after a pandemic-triggered trading boom propelled its fixed-income trading division and led the lender to its bankruptcy. first annual profit in six years.

The bank’s investment bankers share a bonus pool of 876 million euros, nearly eight times Deutsche’s overall net profit of 113 million euros in 2020, according to its annual report released on Friday.

The compensation of Christian Sewing, CEO, also increased by 46% to 7.4 million euros. Unlike 2019, the 50-year-old boss of Germany’s largest lender has not waived part of his variable compensation. In total, the compensation of the management board increased to reach a total of € 50 million, against € 36 million a year earlier.

The Frankfurt-based bank, which has accumulated a cumulative loss of € 14.6 billion since 2015, is in the midst of a costly recovery plan and has suspended dividend payments to shareholders for the second year in a row.

The number of employees earning € 1 million or more rose 17% to 684 last year, according to the report. This figure exceeds the levels reached in 2018, before Deutsche began to downsize its investment banking, when 643 staff members were making € 1 million or more. The two highest earners in 2020 received between 9 and 11 million euros each.

The lender’s 16,200 investment bankers represent 20 percent of the bank’s total workforce but receive 47 percent of all bonuses. The group-wide bonus pool rose 29% to € 1.86 billion, more than half of which was paid in cash. Almost half of the variable compensation will be deferred.

Deutsche initially wanted to increase its bonus pool north of 2 billion euros, but this plan has been locked by the European Central Bank, the region’s leading banking regulator.

“Deutsche Bank has recognized the current economic situation and the ECB’s recommendation and has taken them into account when making clearing decisions,” the annual report says. The bank stressed that the level of bonus was “prudent” because it was necessary to remunerate its employees “according to their performance and according to market conditions”.