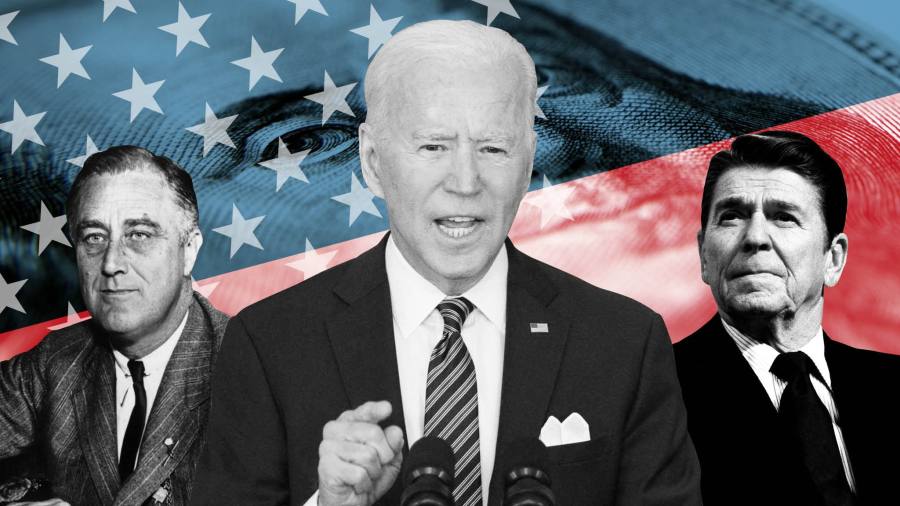 This is the first part in an FT series on the domestic and international implications of America’s $1.9tn stimulus plan.

As a Republican mayor in the deeply conservative southern state of Louisiana, Nic Hunter may seem like an unlikely champion for President Joe Biden’s $1.9tn stimulus plan.

But during the past year Lake Charles, the city near the Gulf coast that he runs, has been battered by the pandemic, the fallout on the casino-driven local economy and hurricanes within six weeks of each other. The experience has led Hunter to embrace a new, massive dose of government help to give respite to his community — and to the nation.

Biden on Thursday signed the stimulus bill — known as the American Rescue Plan — into law, in the hope that it will rapidly deliver a jolt to the US recovery, aid to cities like Lake Charles, and possibly the strongest year of economic growth since the early 1980s.

The passage of the bill in a deeply divided Congress this week has a much broader significance. It cements a leftward shift in US politics and economics that has gained traction during the coronavirus crisis, affording government a far bigger role in solving problems in society than it has enjoyed in recent decades.

Biden’s huge fiscal intervention comes at the same time as the government is also conducting a speedy campaign to roll out Covid vaccinations — the US is now on the cusp of delivering 100m doses. Taken together, this burst of government activism carries echoes of Franklin Delano Roosevelt’s New Deal during the Depression, and Lyndon Johnson’s Great Society reforms of the 1960s.

The US president and many Democrats also hope it can become a powerful rebuttal to Ronald Reagan’s totemic comment in August 1986 that “the nine most terrifying words in the English language are: ‘I’m from the government and I’m here to help’.”

That mantra ushered in a period of deregulation, low taxes, limited domestic spending and a belief in free markets as the main pillars of American economic policymaking. Those recipes began to be seriously challenged in the aftermath of the global financial crisis, although they were partly revived during Donald Trump’s administration. Yet they could not cope with the onslaught of the pandemic, which left Americans yearning for greater involvement from Washington, offering Biden a chance to fill the void.

“Joe Biden has a very professional team behind him, he’s in excellent shape with the country at large, he’s riding the crest of the wave out to the left, and he can get big things done,” says David Gergen, a professor at the Harvard Kennedy School and a former adviser to four US presidents of both parties.

But he adds. “There’s going to come a day when the pendulum will probably swing back the other way.”

Joe Biden’s stimulus plan is designed to boost America’s social safety net, with the goal of giving every low and middle-income household enough protection so they can make it to the end of the crisis without suffering lasting damage.

Among the key provisions are a new round of direct cheques worth $1,400 each to individuals earning up to $75,000 per year, an extension of federal jobless benefits until early September, an increase in the tax credit for children, and additional funds to help bolster vaccinations, reopen schools and give assistance to state and local governments.

“We need to remember the government isn’t some foreign force in a distant capital. No, it’s us. All of us,” Biden said during his first primetime televised address to the nation on Thursday night, on the first anniversary of the initial pandemic lockdowns.

Janet Yellen, the US Treasury secretary, cited the plight of disaster-stricken Lake Charles on Tuesday as a reason for the legislation to be approved.

“The passage of the American Rescue Plan will finally allow us to do what most of us came to government for — not simply to fight fires and resolve crises, but to build a better country,” she told the National League of Cities.

One of the most striking aspects of the debate around the bill in recent weeks is the extent to which it is broadly supported among Americans, highlighting their desire for a stronger federal crutch during the emergency.

According to a Pew Research Centre poll released this week, 70 per cent of American adults said they favour the bill, compared with 28 per cent who said they opposed it. Although not one Republican senator voted for the bill, 41 per cent of Republican voters say they support it.

“People have seen the power of government,” says one Biden administration official.

During 2020, as the pandemic engulfed the country, the US spent more than $3tn in fiscal support for the economy, including two rounds of direct payments and several extensions of jobless benefits.

But the Biden team’s push for even greater government assistance is partly rooted in the experience of Barack Obama’s presidency. The stimulus bill he passed in his first year is now faulted by many Democrats for being too small rather than excessive. At the same time, Obama’s other signature reforms that expanded government intervention, including the Affordable Care Act and the Dodd-Frank Wall Street reform, were fiercely controversial at the beginning, but have since been broadly embraced.

“The ACA is now popular. It was unpopular, it was tested and everyone loved it,” says the Biden administration official. “Dodd Frank is sitting in the back of people’s minds, one thing we didn’t have this year was a financial crisis.”

Matt Bennett, co-founder of the centrist Democratic think-tank Third Way and a former Clinton administration official, says US policymakers have “learned the lessons of 2009 well” — that limiting the stimulus was “more dangerous” than going big.

“It is vitally important that a country that has suffered so dramatically through this year be given a huge shot in the arm, and we think it is going to yield a recovery that is robust and sustainable,” he adds.

Mike Konczal, director of progressive thought at the Roosevelt Institute think-tank, says it is premature to determine whether a full rejection of Reaganism is unfolding in America, but he believes it is on the cards.

“There is real potential for a new kind of political economy that I think would really change the nature of government and what people can expect from it,” he says.

The determination of Biden and Democratic lawmakers to press ahead with even more expansive governmental intervention in the economy and society will be tested in the coming months. During the 2020 campaign, the president laid out a plan called Build Back Better — a string of federal investments which could cost more than $3tn in areas ranging from infrastructure and climate change, to childcare, healthcare and education — to be partially funded by higher taxes on the very wealthy and on corporations.

In the coming weeks, Biden is expected to lay out more details about his specific intentions. Meanwhile, his administration and lawmakers will have to decide whether to extend certain provisions in the stimulus bill so that its impact lasts more than two years. But renewing the extra tax credit for children, or the additional jobless benefits, for instance, could result in a stalemate with recalcitrant Republicans, and would add to soaring US budget deficits.

“The thing that’s not resolved about the [stimulus] is: is it just temporary relief or help and, how many of those things that are in this bill are they wanting to be permanent policy?” says Austan Goolsbee, a University of Chicago economist and former top aide to Obama. “If they turn that into permanent policy, is it going to be at the expense of something else? Does that mean that they have to do less infrastructure, or are they going to raise taxes more? I just think they have yet to make some tougher decisions.”

Kathleen McKiernan, an economist at Vanderbilt University in Nashville, adds: “It’s a little bit hard and possibly a little bit too soon to say this is a new era of responses, as much as this is a unique situation that we are responding to.”

For now, deficit concerns have not played a big role in the debate around Biden’s economic plans, but if inflation or long-term interest rates begin to rise, the president may be forced to limit his spending ambitions. A fresh bout of selling hit US Treasuries on Friday, sending the 10-year yield to its highest level since last February. But Maya MacGuineas, president of the Committee for a Responsible Federal Budget, says many lawmakers have grown “almost numb” to budgetary considerations.

“A trillion here, a trillion there, people are just tossing them on to the pile with no regard for the consequences because they have become so used to being able to borrow through this crisis, when it was the right thing to do,” she says. “If you dangle big cheques or free things in front of anybody, of course they want it.”

And if there are any signs that Biden’s stimulus is not being implemented properly, fails to deliver the expected bump in growth or backfires with higher consumer prices, Republicans who have opposed the bill are sure to pounce and burst the enthusiasm for more active government.

But in many communities across America, including in traditionally red states, the stimulus is viewed as a real saviour.

“People have been knocking on our doors asking for affordable housing, job training and enhanced transit,” says Andy Berke, the mayor of Chattanooga, a midsized city in Tennessee. “To some extent the federal government here is catching up . . . [and] the public is excited to see the federal government taking action after way too many years of dysfunction.” 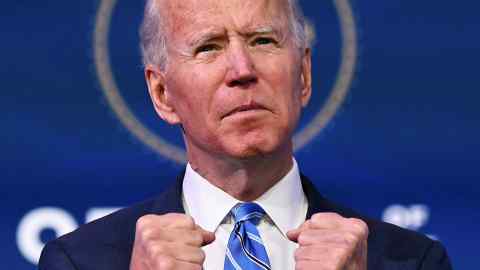 In Lake Charles, Hunter, the mayor, says there is still plenty of mistrust of government: a statewide mask mandate was so controversial that he brought in a group of physicians to explain it to people, rather than make the case himself as a public official.

“Everyone has their own definition of what Reaganism means, I could not comment as to whether I think it’s coming to an end or not,” he says. “But I will just say that it’s appropriate for government to work with the private sector and especially the medical sector, in times like this.”