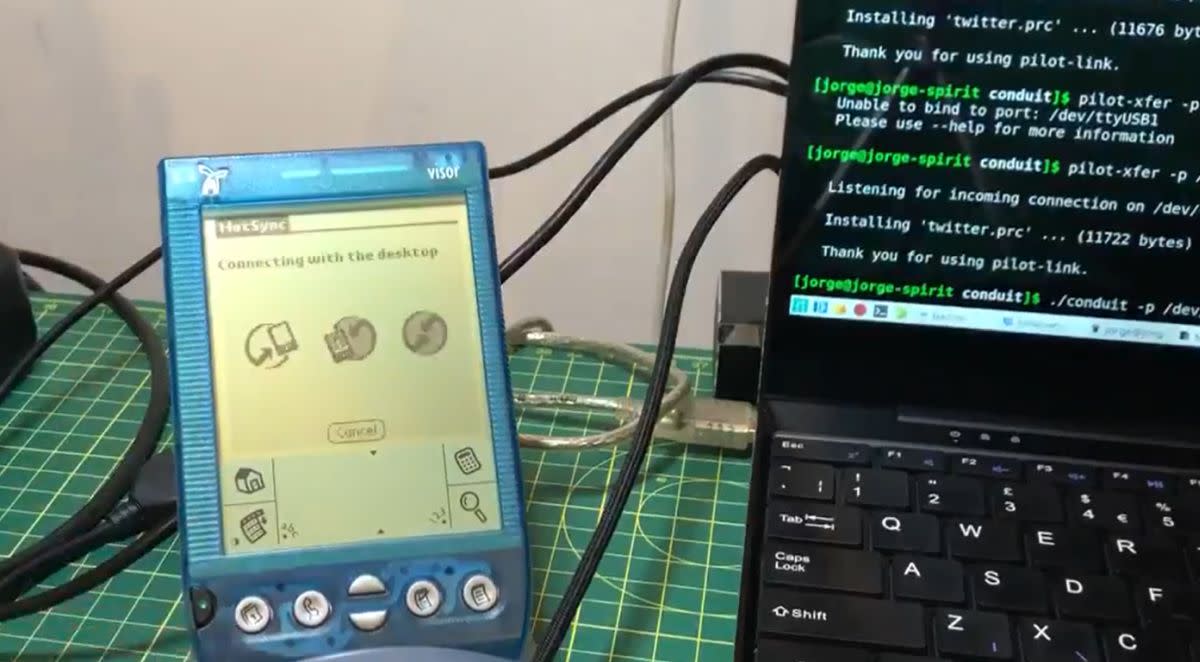 In a curiosity that seduces the seven people who still have a working Handspring Visor PDA, Gizmodo points out that developer Jorge Cohen has come up with a solution bringing Twitter to the PalmOS device via its HotSync docking station. Sure, it’s “a bit buggy”, but it can be slippery since it works on a device released in 1999. How old is the Visor? Less than a year after the launch of Engadget, we were already write articles on the “old” device in 2005.

Still a bit buggy, and tweeting / liking / etc still WIP, but I’m pretty happy with it.

Like / retweet counters are jerky I think the desktop part is messing up the database, but should be easy to fix. Anything that has an emoji looks bad, I’ll probably make a custom font with the most used emojis and draw the text manually.

The Visor emerged as a spin-off of the Palm family long before social media sites connected the world and even before WiFi or cellular connections were standard feature. While modems were available as a hardware option that connected to the device’s expansion slot as a backpack, it was designed for an offline world – I would download today’s news at mine before leaving for class in the morning and did not receive any more. updates until my return in the evening. In 2000, it still worked as a way to stay ahead of the news of the day without being tied to a radio or television.

Now, the blessing / curse of real-time information flow has invaded even this monochrome device, proving that nothing can stay pure forever and giving me a reason to know where I put the handheld’s dock. Unfortunately, this madman won’t stop there – the MesagePad 120 and Apple Newton are the following.