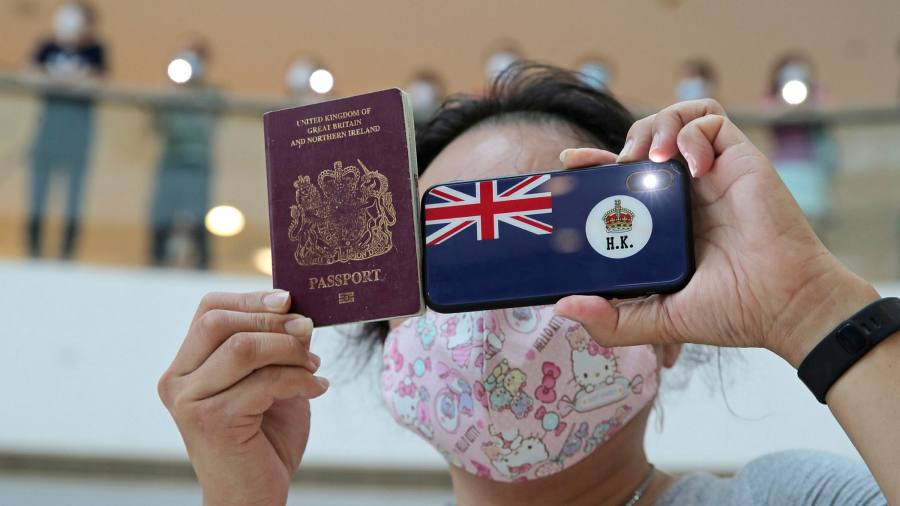 Britain said China was now “in a state of continued non-compliance” with the 1984 Sino-British Joint Declaration, which was supposed to guarantee Hong Kong a high degree of autonomy after the return of the sub-territory. control of Beijing in 1997.

His comments came ahead of the release next week of a British Foreign and Defense Policy, which will see Boris Johnson’s government shape its strategy for dealing with China.

As David Cameron’s government claimed the UK and China were embarked on a new “golden age,” Johnson will strategize to make Britain less dependent on Chinese investment and technology.

Britain’s intention to increase its presence in the Pacific region was illustrated in January by its application to join 11 countries in the Comprehensive and Progressive Agreement for Trans-Pacific Partnership.

Raab said on Saturday that Beijing’s proposed legal reforms were “part of a model designed to harass and stifle all critical voices in Chinese politics.”

“The continued action of the Chinese authorities means that I must now report that the UK considers Beijing to be in a state of permanent non-compliance with the Joint Declaration – a demonstration of the growing gap between Beijing’s promises and its actions.” , did he declare.

“The UK will continue to stand up for the people of Hong Kong. China must act in accordance with its legal obligations and respect fundamental rights and freedoms in Hong Kong. “

Johnson’s threat last year to violate international law relating to the Northern Ireland Protocol – which is part of Britain’s Brexit Treaty with the EU – has led to warnings from senior Tory officials that it would decrease the credibility of the United Kingdom when it urged other countries to comply with treaty obligations.

Meanwhile, since at least 2017, Chinese authorities have challenged the status of the declaration, calling it a historic document of no practical significance.

The joint declaration was signed in 1984 by Zhao Ziyang, then Chinese Prime Minister, and then British Prime Minister Margaret Thatcher, and was registered with the United Nations.

It came into effect in 1997 when the UK’s lease on the New Territories, land between Kowloon and mainland China, ended and was guaranteed for 50 years.

The United States and the United Kingdom accused China of breaking promises of autonomy when its parliament on Thursday ratified an electoral law that will dilute the proportion of democratically elected lawmakers in Hong Kong and subject all candidates to a new process of election. verification.

The adoption of the law is part of Beijing’s accelerated pace of more direct interventions in the governance of the territory following the 2019 anti-government protests.

The Chinese parliament imposed a national security law on Hong Kong last year that paved the way for a crackdown on the pro-democracy movement in the city.

Analysts said Beijing, surprised by the strength of the 2019 protests, made the electoral changes to better control the city’s political landscape.

China blames protests on both the failure of a loose network of local elites and elected officials who have traditionally represented Beijing’s interests, as well as their perception that Western countries have influenced city politics .

In the latest clear poll of local popular sentiment – a council election in 2019 – pro-Beijing parties and politicians were resoundingly defeated at the polls.

Chinese state media said over the weekend that the new election laws would “cut off the channels and tools” used by the United States and the United Kingdom “to interfere in the affairs of Hong Kong.”

Some Western diplomats in Hong Kong are pessimistic that their statements, and even US sanctions, have had an impact on stopping China’s political repression in Hong Kong. A number of countries issued statements after the Chinese legislature passed the law, but a diplomat said protecting democratic rights in Hong Kong may be a lost cause.