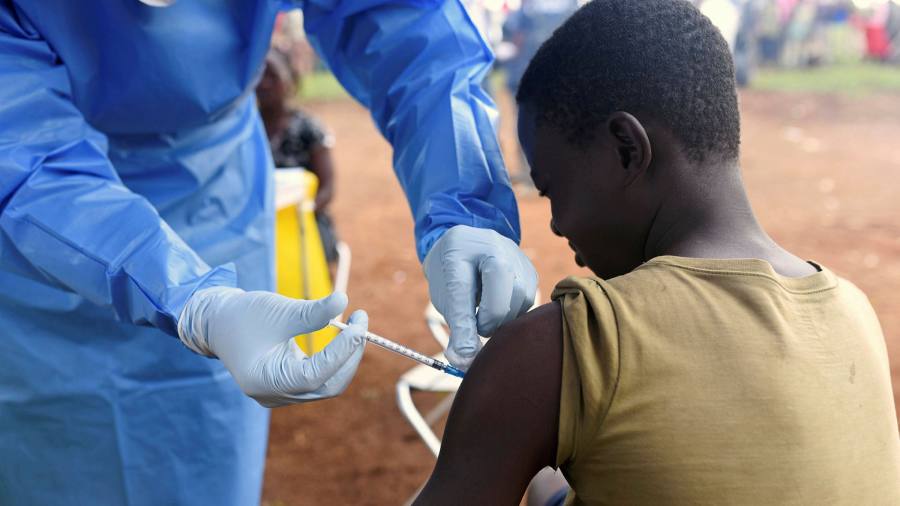 This year’s Ebola outbreak in Guinea was likely caused by someone initially infected during the 2014-2016 West African eruption, according to a new study with serious implications for the longevity of one of the agents. world’s deadliest pathogens.

Genetic sequencing has revealed that samples from the current outbreak are closely related to strains from August 2014, according to the report, released on Friday.

It is highly likely that a person who contracted the virus before and survived later passed it on to someone else, the research concluded, warning that “these results are still preliminary and that other sequencing and analyzes are in progress ”.

Researchers had previously speculated that the last outbreak in Guinea, which was declared on February 14, was triggered by transmission from an animal such as a bat. Both outbreaks started in the same area, near the border with Liberia and Sierra Leone.

The highly contagious disease is spread through contact with bodily fluids. It causes hemorrhagic fever and severe vomiting, diarrhea and bleeding.

It is rare for survivors to transmit the disease, but the virus is able to hide in the human body in places where the immune system cannot reach it, including the eyes, testes and central nervous system. Scientists have previously found that the virus can persist in a patient for 500 days and that the disease is sexually transmitted.

New research suggests it can persist four or five times as long.

The World Health Organization launched a vaccination campaign in the region at the heart of the epidemic on February 23. But the new research has sparked calls for more widespread vaccination in West and Central Africa, where shots from Johnson & Johnson and Merck are typically only deployed in response to outbreaks.

The results suggest that “we need to step up our efforts to deliver Ebola vaccines to people in affected communities, including survivors,” Rasmussen said on Twitter.

The research was carried out by the Guinean Ministry of Health, the Pasteur Institute of Senegal, the University of Nebraska Medical Center in the United States, the PraesensBio company and the University of Edinburgh.

The virus could have been transmitted sexually, the researchers suggested.

Dr Christian Happi, head of the African Center of Excellence for Infectious Disease Genomics, called the study’s results “stunning,” but warned the researchers may have jumped the gun pointing a possible sexual transmission without presenting any evidence.

“I think it’s a bit sloppy to make such statements. . . it would have been better to say that we don’t know the origin of this virus, ”he said, noting that many Ebola survivors suffer from stigma, including being rejected by their communities.

Like other sub-Saharan countries, Guinea has not been greatly affected by the coronavirus pandemic, recording just 102 confirmed deaths out of 17,591 cases in the past year.