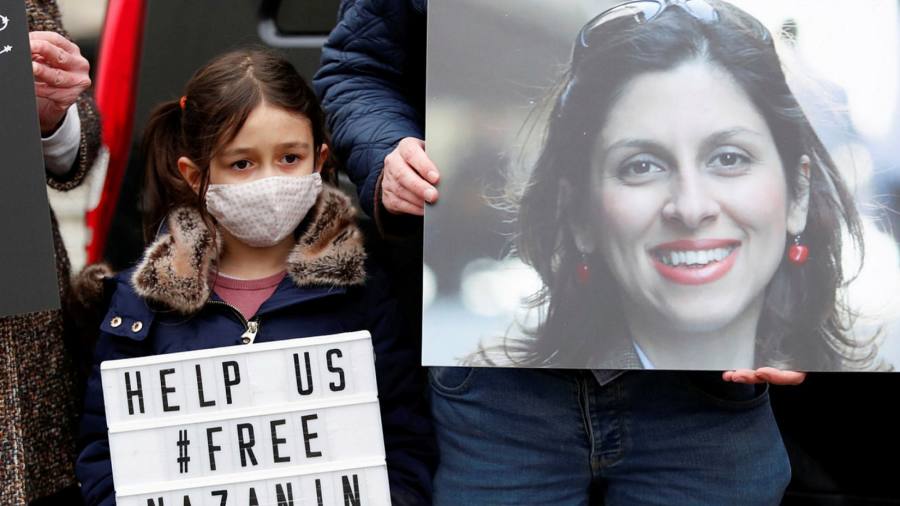 Nazanin Zaghari-Ratcliffe faces new court charge in Iran, just a week later she was released after five years of imprisonment.

She was jailed in Iran five years ago on espionage charges which she has always denied and had been under house arrest in Tehran from March 2020 until the end of his sentence and his ankle tag was removed last week.

The new case concerns his participation in a rally outside the Iranian embassy in London after the disputed 2009 presidential election. It is based on article 500 of the Iranian penal code, which sets a prison sentence of three months to one year for anyone found guilty of propaganda against the Iranian establishment or in favor of its opposition groups or institutions.

“The court session took place in a peaceful environment with the presence of Ms. Zaghari and a representative of the prosecutor,” Hojjat Kermani, her lawyer, told the Financial Times. He described Zaghari-Ratcliffe’s mind as “good”.

Kermani said it was not clear whether the judgment would be released before Iran’s new calendar year, which begins March 21. “We have to wait,” he said.

Tulip Siddiq, Labor MP for Hampstead and Kilburn, where Zaghari-Ratcliffe previously lived, said on twitter that she expected the verdict to be delivered “within a week”.

British Foreign Secretary Dominic Raab criticized the new accusation and called on Tehran to return Zaghari-Ratcliffe to his family in the UK “without further delay”.

“It is unacceptable and unjustifiable that Iran has chosen to pursue this second, completely arbitrary case against Nazanin Zaghari-Ratcliffe,” he said. “The Iranian government has deliberately subjected her to a cruel and inhuman test.”

In a phone call with Iranian President Hassan Rouhani last week, British Prime Minister Boris Johnson demanded the “immediate release” of the 42-year-old national double, who has a six-year-old daughter.

“While the removal of Nazanin Zaghari-Ratcliffe’s ankle monitor was welcome, her continued detention remains totally unacceptable and she must be allowed to return to her family in the UK,” a statement from Johnson’s office said Wednesday. .

Iran does not recognize dual nationality status. The Islamic Republic asserts that such cases are internal affairs and are decided by Iranian justice, which is independent.

Zaghari-Ratcliffe’s husband Richard Ratcliffe has suggested in the past that his wife’s case has been caught up in a diplomatic dispute over a £ 400million debt the UK owes Iran for the purchase of Chieftain tanks before the 1979 Islamic revolution. Both governments insist that there is no connection between the two subjects.

Iranian national media reported that Rouhani raised the debt issue during his telephone talks with Johnson on Wednesday.

“While we see that most of the countries indebted to Iran are either releasing frozen assets or repaying their debts, it is very strange that no progress has been made with the tendency to repay debt. debts to Iran which are over 40 years overdue, ”Rohani said.