Danone’s board of directors oust Emmanuel Faber at the head 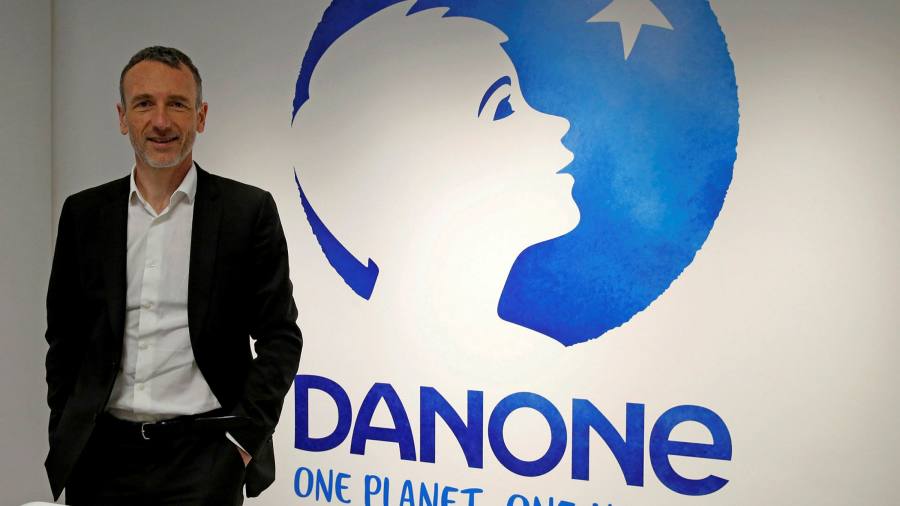 Danone’s board of directors has decided to replace Emmanuel Faber as both chief executive and chairman, according to people familiar with the matter, blowing up a two-week compromise aimed at keeping him as chairman.

The board of directors met on Sunday evening as the crisis deepened within the French consumer group, which since January attack by activist investors who have criticized what they consider to be his underperformance. Investors have called for Faber’s departure.

The board decided that Gilles Schnepp, the former chief executive of industrial group Legrand who joined Danone’s board in December, would become the new chairman, the people said. Internal executives were lined up to serve as interim CEOs while the search for a new leader can be conducted, one said.

Danone declined to comment. The news was first reported by Le Figaro newspaper.

The fall of Faber, who joined the group in 1997 and took over as general manager in 2014, brought an end to a tumultuous period at the manufacturer of bottled water Evian and yogurt Actimel. The Covid-19 pandemic has hit sales hard Danone products, especially bottled water, as restaurants and bars have closed and consumers have spent more time at home, while the costs of transportation to raw materials have increased.

The public campaign led by activist Blue Bell Capital and later larger Artisan Partners Management, an American fund, has put Faber and the board under intense pressure to respond to criticism, especially since more and more shareholders have indicated privately that they are supporting them too.

Danone sought to calm the acrimony on March 2 by announcing that he would divide the roles of chairman and CEO held by Faber and start looking for a new CEO. But Faber would remain chairman, and the board said it continued to support the Fire and the restructuring plan he advocated to turn the group around.

But Blue Bell and Artisan were quick to reject the plan, saying the measures would tie the hands of any new CEOs and allow Faber to retain too much power. “The new changes announced at Danone violate even the most basic corporate governance standards,” Artisan wrote in an open letter to the board.

In the days following the announcement, other shareholders also expressed doubts, the people said.

The decision also announced on March 2 that Schnepp would not be the independent lead director, as previously planned, was of particular concern to disgruntled shareholders, but that the supervisory post would go to Jean-Michel Severino, a member of the board since 2011 and closed. ally of Faber.