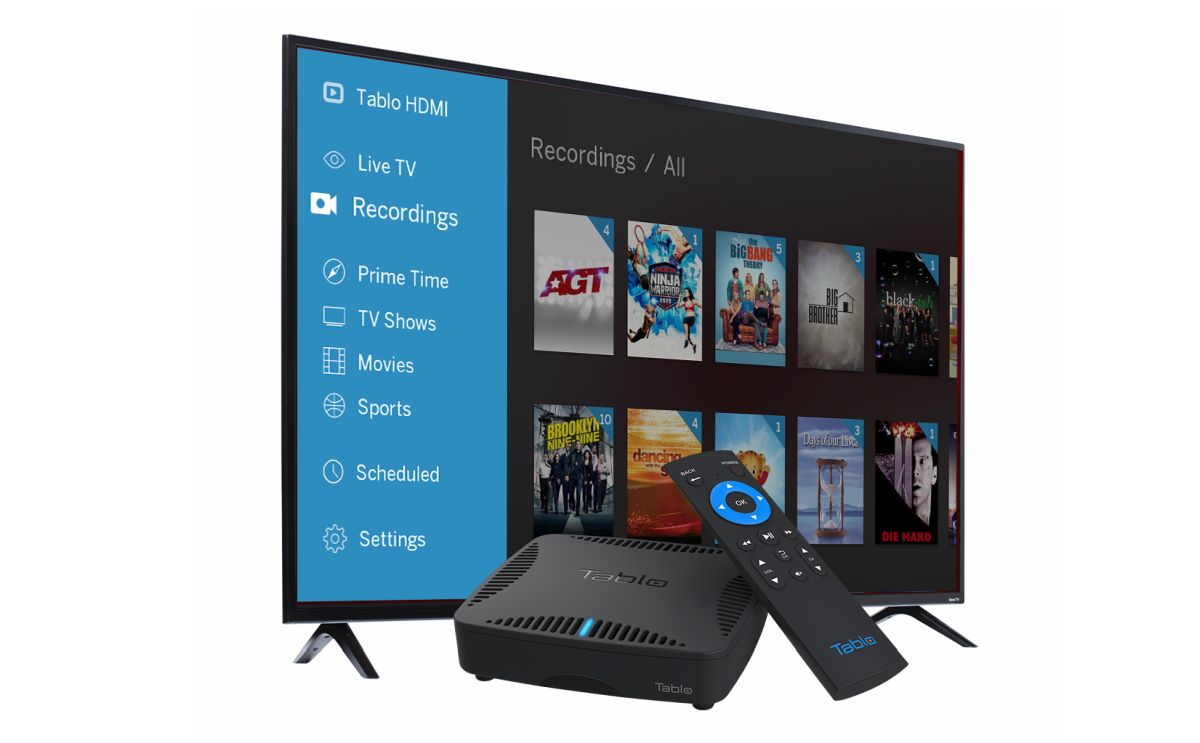 For cord cutters who don’t get all of their TV streaming, Tablo’s DVRs record live broadcasts and make them available for viewing on screens of varying sizes. At the end of last year, Tablo released a dual tuner DVR with HDMI output, which differed from its boxes connected to the usual “headless” network because it was designed to connect directly to a television. Now the company has launched a quad-tuner version with HDMI.

This box can even control connected TVs with its remote using HDMI-CEC, but buyers will need to bring their own USB connected storage solutions. Any hard drive you plug in will also need to be big enough, because in exchange for the added usability of an HDMI connection, you lose the transcoding and compression of networked boxes. By storing video as raw MPEG2 files, it can only hold 130 hours of recording time on a 1TB drive, compared to 700 hours otherwise possible. Also, while it can stream video to other devices just like network boxes, it is only compatible with a very limited set of hardware and will require a lot of bandwidth.

If you pay for the premium service, it may even make commercial leaps, but Tablo presents these boxes as ideal for users who want to use them in places where internet connections may be weak or spotty. It requires the internet to set up and download guide data, but can provide offline viewing access for two weeks at a time. This way, you can have a simpler process of recording TV through an antenna and playing it on a main TV instead of streaming it through the network. The The $ 200 Quad HDMI Box is on sale now, and although you won’t find it on retail shelves, it can be ordered directly from the company’s website.