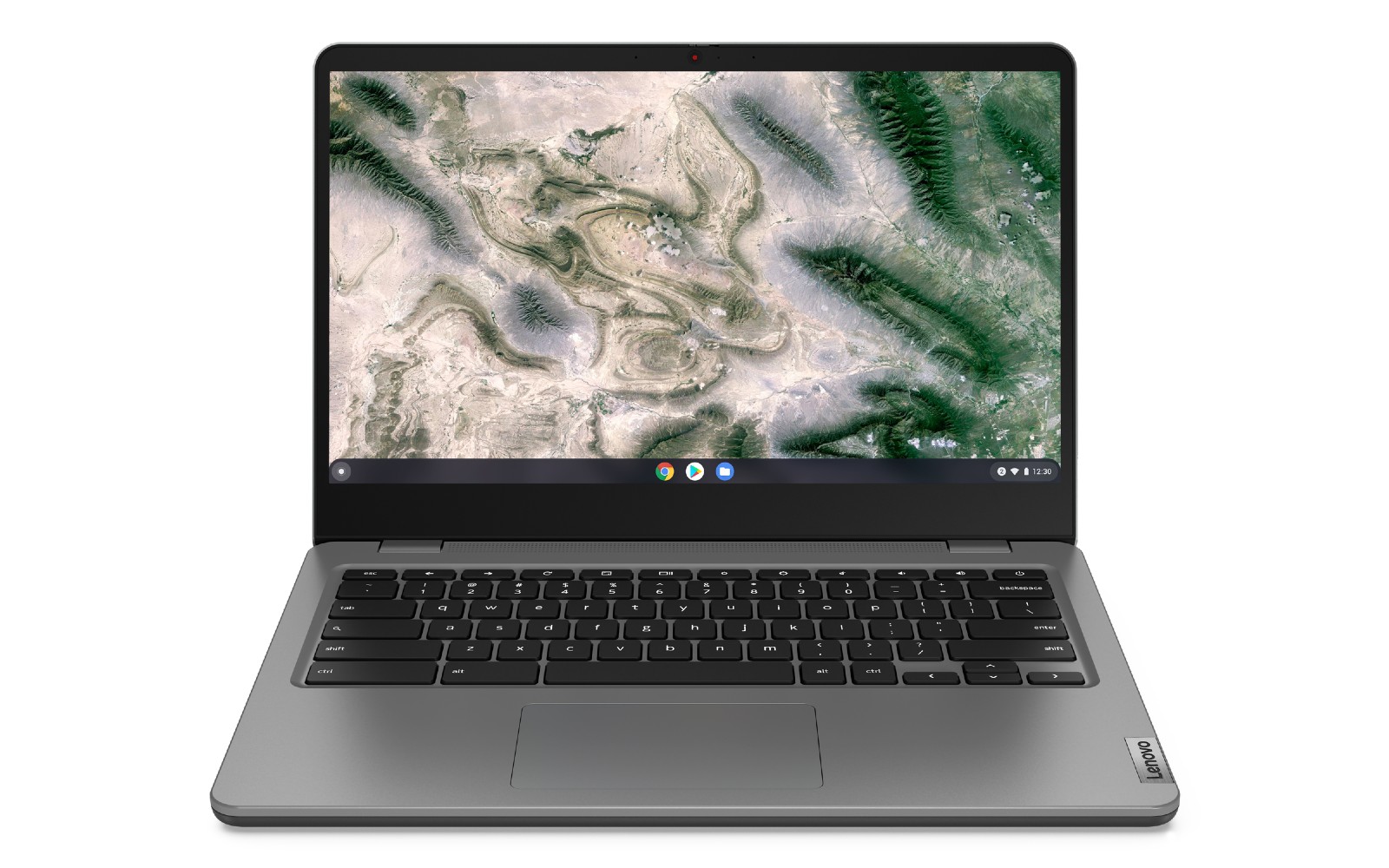 Lenovo today updated its line of education PCs. In total, the company announced new versions of its 14, 100, 300, and 500 laptops, with each model being both Chrome OS and Windows flavors. That’s a lot of computers at the same time. Fortunately, they are all similar and offer the same set of enhancements. Most important of these is a better selection of ports, with Lenovo adding both USB-C and HDMI connectivity across the board. WiFi 6 is now also standard across the range. Smaller but still important changes include the addition of privacy panes for web cameras on computers. Lenovo has also tweaked the casing of each model to make them 10% more splash resistant.

Topping the line are the second generation Lenovo 14e (pictured above) and 14w laptops. Both models feature a 14-inch display with three different panel options. You can opt for an HD TN panel or a Full HD IPS display in both touch and non-touch versions. Both models also feature AMD processors, with the Windows variant sporting a dual-core 3015e. It is possible to configure the 14th with up to 8 GB of RAM and 64 GB of eMMC storage. With the Windows version of the laptop, the company is offering up to 128 GB of eMMC storage or a 256 GB M.2 SSD. The availability of larger and sometimes faster storage is a growing trend. to all the computers that Lenovo announced today. The battery life is around 10 hours, according to the company. The company claims that it has also made the computer thinner and lighter than its predecessor. The 14th and 14w will be available in May starting at $ 334.

Then there are the third generation 100th and 100w. They feature a traditional clamshell design with an 11.6 inch screen that has HD resolution. They might not look like much, but they do include reinforced ports and hinges that Lenovo says can help them withstand drops of around 30 inches. An AMD processor on both models is paired with 4GB of RAM and at least 32GB of internal storage. One difference between the Chrome OS and Windows versions of the 100 is that they come in different colors. The 100th features a speckled gray design, while the 100w has a blue finish. This is a difference that also extends to the 300 and 500 models. The 100th will go on sale in May, while the 100w will be available a month later in June. Both will start at $ 299.

The third generation 300e, 300w, 500e and 500w models complete the range. All four models can double as a tablet, thanks to their convertible designs. The 300 series two-in-ones feature 11.6-inch IPS touch screens with Corning Gorilla Glass for protection. They also come with AMD processors, 4GB of RAM, and up to 128GB of storage on the Windows model. The battery life is again around 10 hours. The 300th and 300w will both be available in May, starting at $ 359. With a price starting at $ 429, the 500th and 500w are the most expensive PCs Lenovo announced today. Unlike their siblings, they have Intel processors instead of AMD processors. They also include 8 GB of RAM and up to 128 GB of storage. And where an outward-facing camera was optional on the 300th and 300w, it comes standard on the 500th and 500w. They will arrive at retail in May and June, respectively.