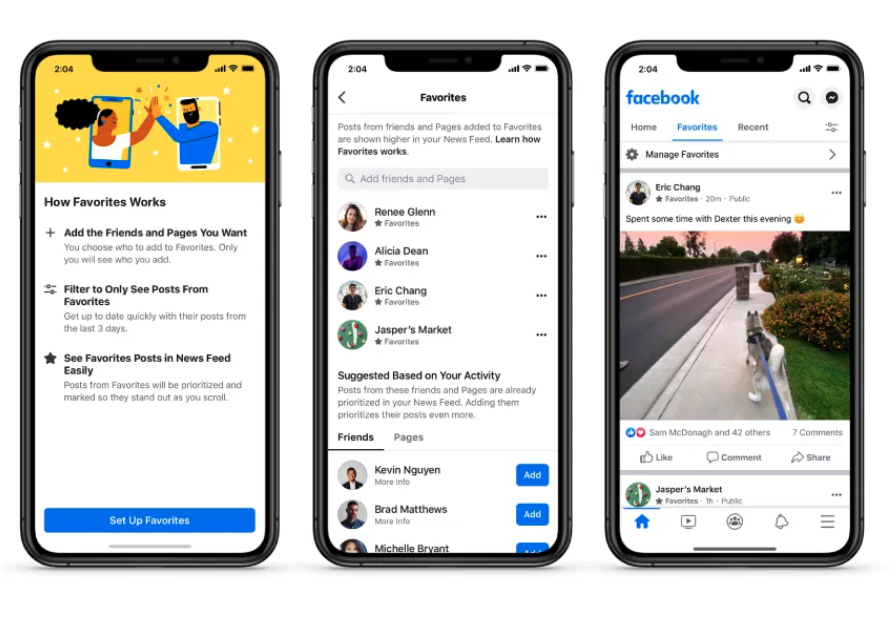 For years, Facebook insisted that its algorithms have been better placed to organize what people saw on their News Feed. It was like being told that machine learning systems knew what you wanted better than you. It wasn’t until recently that the social media giant took an entirely different approach. After allowing users to prioritize messages from some friends and pages, it’s now introducing a new “Filter feed” menu which gives you quick access to its “Most recent” setting, which allows you to deactivate its algorithmically classified news feed. This way, you’ll see posts from friends, pages, and groups in the order they were posted. The new menu also contains additional News Feed controls, including the Favorites setting which enhances the content of your chosen friends.

The update is currently available to Android app users when they scroll through their feed and is slated for the iPhone app in the coming weeks. It follows additional controls, including a snooze option that lets you temporarily hide posts from a person, page, or group. Facebook also added the ability to disable political announcements, which caused a scandal on their alleged role in spreading misinformation and confusion.

In line with its latest strategy, Facebook is rolling out a separate tool that lets you choose who can comment on your public posts. Now, when you go to share something on the social network, you will be able to restrict comments to friends or profiles and pages that you have tagged. The setting should be familiar to Twitter users who have had the opportunity to limit responses to their tweets since last August. In order to avoid suggesting posts you don’t like, Facebook is also extending its context feature for Newsfeed posts from accounts you don’t follow. The message “Why am I seeing this?” The tool will now show you even more information when you tap on recommended content, which is tailored to your browsing history, interactions, and location.