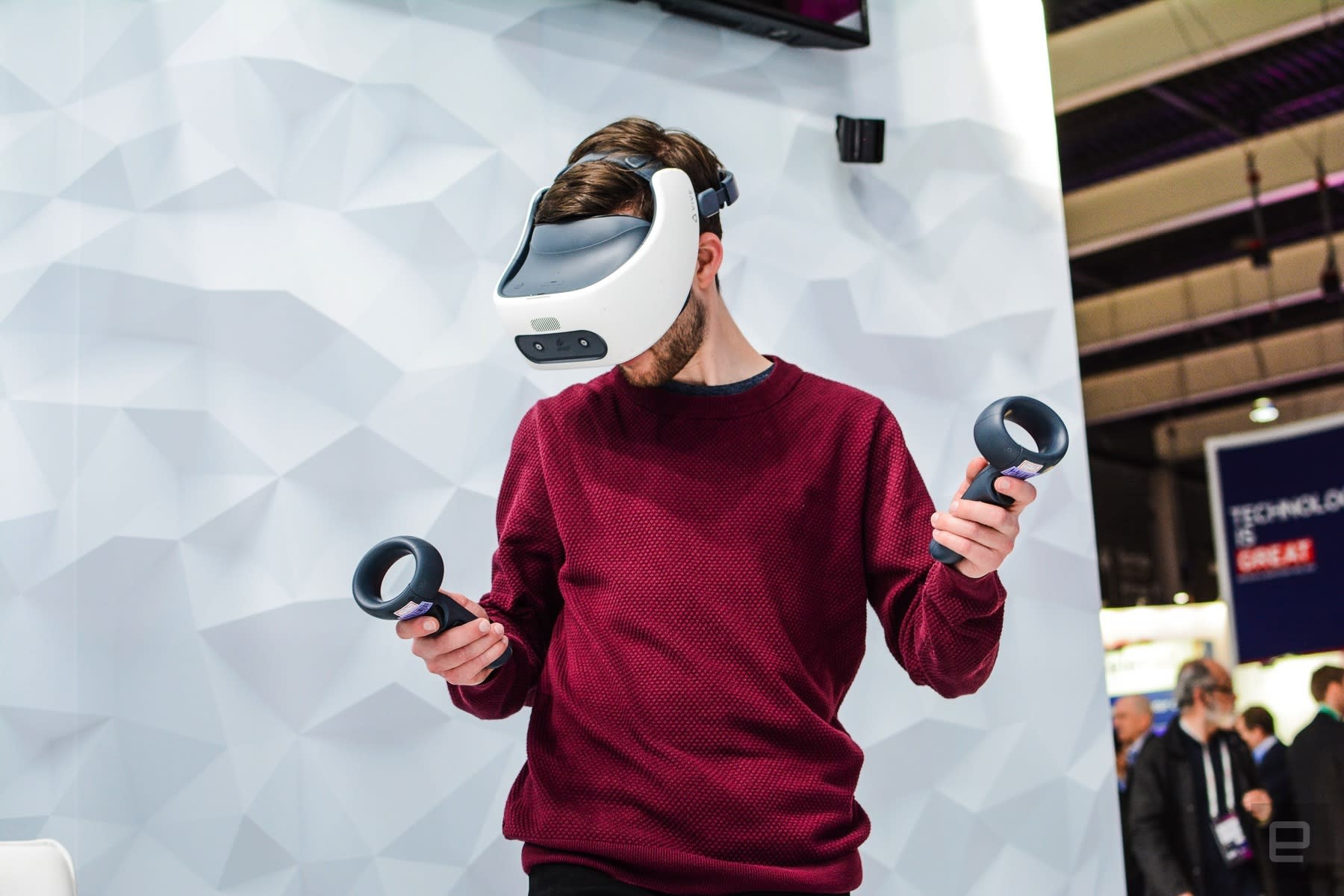 HTC is preparing to launch two new enterprise virtual reality headsets at Vivecon this month, according to Protocol. The post spotted mentions of a standalone Vive Focus 3 Business Edition headset and a high-end Vive Pro 2 PC-VR headset in company documents. In addition, the headsets were reportedly listed on the European e-commerce website Alzashop for a short time before being taken down. The Vive Focus 3 was priced at € 1,474 ($ 1,772), while the Vive Pro 2 was priced at € 842 ($ 1,012) – both announcements indicated that the headsets would be released on May 20, although this could not be -be a fictitious date.

The company before posted a photo showing a small part of a black device in a teaser ad for Vivecon, which at least confirms that we can expect another material reveal. In April, a price leak from the World Design Guide showed a fitness-focused VR headset called the Vive Air with four tracking cameras like the Oculus Quest. A spokesperson told us it was just a concept, but its “design language has elements and inspirations you’ll see elsewhere in [the company’s] some products.”

If HTC really launches the Vive Focus 3 Business Edition, it will likely be positioned as a much more expensive Oculus Quest competitor at the enterprise level. We tested its predecessor, the Long live Focus Plus, in 2019, and found that its controllers were much improved over those of the original model. During this time we have found the first Long live Pro comfortable to wear and powerful enough to run a variety of VR titles without the hiccup. We’ll know for sure if HTC is unveiling any new VR headsets at Vivecon, which will be held virtually on May 11-12.